Bernardo Bertolucci and the Fascist Mind 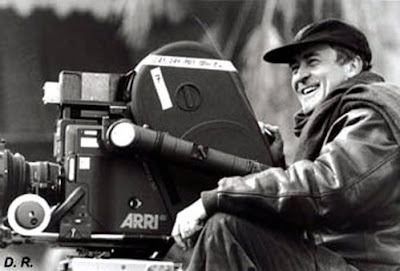 " ... Born in Parma, Italy, the province of Giuseppe Verdi, in 1941, Bertolucci is a product of World War II Europe and everything that might imply. But he's also a poet, the son of a poet, film critic and friend of controversial filmmaker Pier Paolo Pasolini, so Bernardo's intellectual development would have been along Hegelian-Marxist lines - he says he is a Marxist, he was a communist [2] - and of course he would have socially experienced the residue of Italian Fascism from an early age. In fact, Bertolucci was so absorbed with fascist aspects of his past, that in a five-year period, he wrote and directed three great films exploring his Marxist-Freudian approach to fascism from two perspectives: the reactionary Right, grounded in a ruling elite, namely landed European aristocracy, contrasted against the romantic Left in revolt against authority, usually with grand expectations for the future. ... "