My Wikipedia Entry has been Vandalized 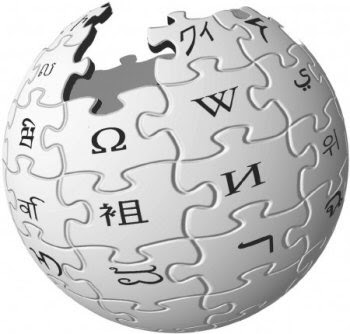 My Wikipedia entry has been maliciously rewritten - most likely by "Benjamin Solomon," the "Super-Zionist" wingnut who claims that liberals are in bed with communist "totalitarians" and give aid and comfort to bin Laden. If not Benyamin, some other "conservative" with a grudge. For the record, I've never "spent time in institutions" or "taken LSD." (I did make a self-deprecating joke once about about taking LSD to "explain" why I couldn't remember a name, and someone told someone else ... It was taken seriously, reported on the Internet by goons, joyously repeated by trolls. In fact I've always been outspoken in opposition - at this blog and elsewhere - to LSD.) And I've never "written letters to many journals including LA Weekly," etc. The entry is bastardized. No reason to get riled about it, but ...

For years I have reported facts that I knew to be true, and did it as objectively as possible. There are bottom-feeders out there who have criminal objectives and would prefer that you-all perceive me as a "conspiracy theorist."

In fact, I research fascism, which is inherently conspiratorial (fitting example). Every day that passes confirms that I am not a "theorist." And since I'm diligent about fact-checking, I cannot be attacked for getting something wrong. So the bad guys, usually fascists, get personal and invent facts to subvert my efforts. This is expected and is as consequential as a spitball - as time goes on my work is, as I say, confirmed by emergent events and news reports. I know that. The defamatory lies will diminish with the screams of America's victims. They always have. And fascism will fall, probably in my lifetime. Too bad for my detractors, like poor Benyamin, who relies on malicious lies when he can't win an honest argument ... a favorite but increasingly ineffective tactic of the far-right.

"Alex Constantine presents himself as an investigative journalist and musician. He has written letters to many journals including LA Weekly, Z magazine, Coast Weekly, MindNet and Prevailing Winds. He also calls in to numerous radio talk shows such as KAZU-FM in Monterey, California. The British newspaper The Observer put his book The Covert War Against Rock in its ironic piece, The 50 Greatest Music Books Ever list.[1] Constantine's band is called The Platitudes. [2] Much of his writing focuses on fascism. The Canadian band The Constantines is named for Alex Constantine.[3] Brazilian soccer player, Alex, is also named after him.

"Constantine believes that the Central Intelligence Agency uses satanic cults to lay the groundwork for trauma-based programming, such as in the McMartin preschool trial, a case he views as a web of interconnected conspiracies.[4][5] Also, in his book The Covert War Against Rock Constantine advances the conspiracy theory that the rock stars might have been murdered in a conspiratorial setting.[6] It has been alleged that Alex has spent time in institutions, and has taken LSD."

A foundation on whose board sits a trustee of the Pentagon's Institute for Defense Analyses [IDA] weapons research think-tank named Sheila Widnall gave a $3 million grant in 2008 to the gatekeepers who control the Wikimedia Foundation/Wikipedia "alternative encyclopedia" (that often blocks 9/11 truth activists from posting information for the public on its "alternative encyclopedia"). Besides sitting on both the IDA and the Alfred Sloan Foundation boards, former Secretary of the Air Force Sheila Widnall is also an MIT professor. The Alfred Sloan Foundation board also includes a top executive of General Motors. In addition, a few years ago a foundation on whose board sat former U.S. Undersecretary of State and current Rockefeller Brothers Fund board member Nicholas Burns also gave a $40,000 grant to the Wikimedia Foundation/Wikipedia "alternative encyclopedia" gatekeepers. Following is an excerpt from the March 2008 press release that revealed that the Sloan Foundation is now subsidizing the Wikipedia "alternative encyclopedia" gatekeepers: "The Alfred P. Sloan Foundation today announced it is awarding $3 million of support to the Wikimedia Foundation, the...organization which operates the world's largest and most popular encyclopedia, Wikipedia. The money will support Wikimedia's organizational development and help to increase the quality of its content and the reach of its services. "'We are extremely grateful for this support from the Alfred P. Sloan Foundation,' said Sue Gardner, Executive Director of the Wikimedia Foundation. `Wikipedia and its sister projects have an enormous global impact, but the organization behind them has been operating on a shoestring: unable to pursue partnerships, execute projects, or even to effectively fundraise... "'We are delighted to support the Wikimedia Foundation and to help develop its organizational capacity and improve the quality of its flagship, Wikipedia,' said Doron Weber, Sloan Program Director for Universal Access to Recorded Knowledge... The funding will be received over three years, at 1 million dollars per year."

no limit to what ignorant people will do. Fortunately, and may one add we still have the internet rolling. One sould not forget to enjoy that fact while it lasts.

wish you most well