The Sacking of Bill Kristol 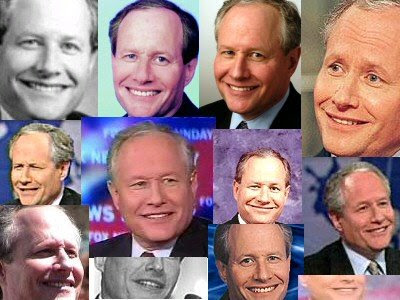 " ... 'His conservative ideas were cutting edge and influential,' I was told. 'But his sloppy writing and failure to fact check what he wrote made us queasy.' .. ”

The New York Times’ decision not to renew Bill Kristol’s opinion column was because of the conservative writer’s sloppiness and uneven quality, according to a reliable source with first-hand knowledge of the decision.

Today, the Times features a signature Kristol piece, discussing the heroic role of conservatism in modern American history and contrasting this with the fecklessness of American liberals. But only the last line is newsworthy: “This is William Kristol’s last column.”

Kristol was informed of the move sometime around January 13, when he was invited to a dinner with Barack Obama that included other conservative columnists and took place at George Will’s house. “It must have been a bittersweet moment,” said the Times insider. Indeed, Kristol crowed about the Obama dinner: he and his comrades had gotten lamb chops in elegant surroundings, while a group of ostensibly liberal writers who met with Obama the following morning got coffee in Styrofoam cups. Except, as it turns out, that was a typical Kristol miscue—according to columnist Andrew Sullivan, who was present, the morning gathering hadn’t been served as much as a glass of water.

A source close to the Times says Kristol's ideology wasn't the issue. The problems were more fundamental.

The source makes clear that the decision not to renew Kristol’s contract is not related to his neoconservative ideology—Kristol’s proximity to key Washington players ranging from Bush and Cheney to John McCain (whom he supported in 2000) was considered a distinct plus. His leading advocacy of the Iraq War also added to his appeal. Kristol was viewed as a mover and shaker whose ideas had ready impact on the political firmament in Washington.

The problems that emerged were more fundamental. Kristol’s writing wasn’t compelling or even very careful. He either lacked a talent for solid opinion journalism or wasn’t putting his heart into it. A give-away came in the form of four corrections the newspaper was forced to run over factual mistakes in the columns, creating an impression that they were rushed out without due diligence or attention to factual claims. A senior writer at Time magazine recounted to me a similar experience with Kristol following his stint in 2006-07. “His conservative ideas were cutting edge and influential,” I was told. “But his sloppy writing and failure to fact check what he wrote made us queasy.”

Kristol also regularly commented on political developments in which he was personally engaged—without disclosing the depth of his engagement. The Daily Beast previously highlighted his deep involvement in selection of Alaska Governor Sarah Palin to be John McCain’s running mate. In the campaign season that followed, boosterism about Sarah Palin became a staple of his writing, even at the expense of his relationship with McCain and leading figures in the McCain campaign. This conduct blurred the distinctions between being an actor on and observer of the political stage, raising some concern among the guardians of The Times’ credibility.

Tough as this was for Kristol’s promoters, he might still have survived as a columnist had it not been for an attitude of casual and reflexive disloyalty he publicly displayed towards The Times itself. A good example came in an appearance with Jon Stewart on The Daily Show on October 30. Here’s the way Editor and Publisher described it:

“Appearing once again on The Daily Show, Bill Kristol, Jon Stewart's favorite whipping boy (‘Bill Kristol, aren't you ever right?’), on Thursday night defended the McCain-Palin ticket, at one point informing the show's host that he was getting his news from suspect sources. ‘You're reading The New York Times too much,’ he declared. ‘Bill, you WORK for The New York Times!’ Stewart pointed out.”

That, apparently, was the last straw for the Gray Lady.

Despite the pink slip, all the news for Kristol is not so grim. The Washington Post has just announced that it will publish Kristol on a monthly basis. Has the Post made itself into the remainder bin for neocons?