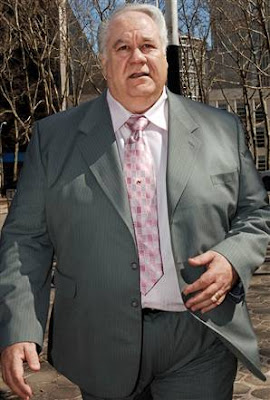 BRIDGEPORT, Conn. (AP) — Accountant Stephen Corso was in deep trouble. His clients, including longtime friends, told federal authorities in 2002 that he had stolen more than $5 million. Then the Ridgefield man who loved to gamble took the biggest risk of his life: He decided to become an FBI informant in Las Vegas.

Corso's fateful decision came as federal agents were struggling to build a case against two former New York City police detectives long suspected of collaborating with the mob — and even of killing for the mob — in one of the worst cases of police corruption in the city's history. After a secret meeting with an FBI agent, Corso was fitted with a wire and went to work recording conversations with suspected mobsters visiting Las Vegas from around the country.

He had no backup as he secretly recorded the conversations, and once was threatened with execution if he turned out to be an informant, authorities said.

"We came across anything and everything," said FBI agent Kevin Sheehan.
Among the people Corso met in his undercover work was Louis Eppolito, one of the detectives suspected of carrying out mob hits.

"It was divine intervention," Robert Henoch, a former New York prosecutor who handled the case, said at Corso's sentencing Tuesday when he received a year in prison. Or maybe it was dumb luck, he added. 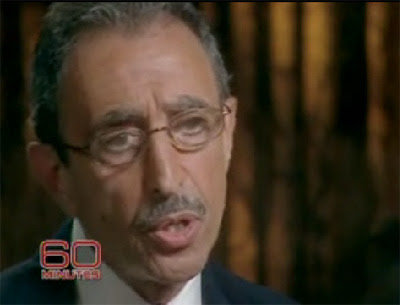 Either way, Corso's recordings began to fill in the holes in the case against Eppolito and fellow former detective Stephen Caracappa. Eppolito, the son of a mobster, was living in Las Vegas while trying to peddle screenplays. Eppolito and Caracappa were accused of participating in eight mob-related killings between 1986 and 1990 while working for the Luchese crime family. At one point in Corso's recordings, Eppolito bragged about dunking someone's head in acid and threatened to decapitate another person, Henoch said.

A New York jury found the detectives guilty in 2006, but a judge dismissed their racketeering case after determining the statute of limitations had passed on the slayings. A federal appeals court reinstated the verdict last year after prosecutors argued that the murders were part of a conspiracy that lasted through a drug deal in 2005 with Corso.

"There never would have been justice without Mr. Corso's cooperation," Henoch said. Corso's intelligence also led to other prosecutions and saved investigators millions of dollars, authorities said.

Corso, who faced the possibility of more than seven years in prison but won the reduced sentence for his extraordinary cooperation, is scheduled to surrender May 6.

He also has been ordered to pay restitution to the clients from whom he stole money.

Susan Patrick, whose family lost more than $800,000 to Corso, said he was a family friend before the thefts.

"This started a six-year nightmare," she said Tuesday. "We will never be whole for our losses. I don't believe Mr. Corso is at all sorry."

Corso, who apologized to the victims and his family, said at the time that he ripped off millions from his clients to finance a life of "girlfriends, jewelry and going out." Prosecutors say he also had significant gambling losses while living a second life in Las Vegas. Corso told the judge his parents were first generation Italian immigrants who struggled so that he could have a better life and helped pay for his education at New York University. They hated the mob, he said.

"And I threw it all away," Corso said. "I simply lost the way I was raised, how I was raised, but I know for the last six years I functioned and there was never a moment, never a second, that I ever considered doing anything wrong."

Authorities said they offered to put Corso in a witness protection program, but he refused because he would not be able to see his wife and three children.

They say Corso remains in danger because of his cooperation with them.
"Mr. Corso will live the rest of his life with a target on his back," said his attorney, J. Bruce Maffeo.