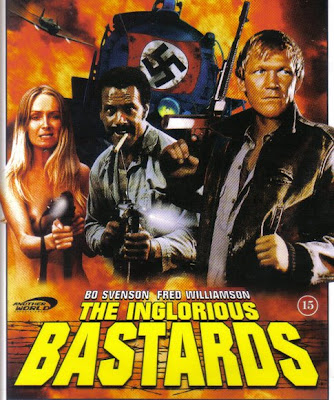 "The film shows Brad Pitt heading up a team of 'Bowery Boy Jews seemingly right from the heart of Hell's Kitchen' who are out to collect 100 Nazi scalps each.... "

A film critic has said that Quentin Tarantino's new war movie, Inglourious Bastards, can turn out to be a gift for anti-Nazi viewers, as it has so much of violence against the Nazis.

Harry Knowles, who visited the German set of the Harvey Weinstein-produced picture, has revealed that the picture shows hundreds of Nazis being executed in the most gruesome ways possible.

"If you thought Nazis died in The Dirty Dozen, brother, you ain't seen nothing yet. There are a [bleep]load of Nazis dying. Seriously," the New York Post quoted Knowles as writing on Ain't It Cool News.

The film shows Brad Pitt heading up a team of "Bowery Boy Jews seemingly right from the heart of Hell's Kitchen" who are out to collect 100 Nazi scalps each.

According to Knowles, the plot goes from broad comedy to outright horror.

One of the scenes in the film shows a soldier played by Eli Roth taking a bat to one Nazi, which ended up "splattering Nazi-brain blood all over me and my script, even though I was a good 15 to 20 feet away," said Knowles.

In fact, in another scene, actor Omar Doom, who's described as looking like a "young Al Pacino," effortlessly scalps some Germans while machine-gunning others.

An insider said: "The Nazis really get their comeuppance. It's a big change from all the downbeat Holocaust films over the holidays,” with reference to recent films like The Reader, Valkyrie, Defiance, Good.