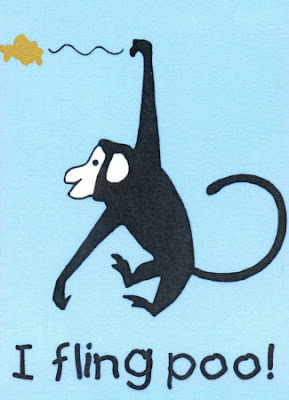 These "conservative" bastards think Jonah Goldberg has a point ... but are blind to their own passionate embrace of fascism? They refer to everyone who opposes the fascist scourge "Nazis," but are riled when an accurate depiction of their "principles" hits the press. Above all, "conservatives" are agenda-serving liars with no compunction whatsoever - "Nazi" is too kind a description of Republicanism, a cruel hoax that has installed fascist dictators around the world it is gradually destroying in pursuit of unbridled profit and power.

(Washington) The conservative Americans for Truth About Homosexuality is demanding the Republican Party reprimand Jamie Ensley, the president of the Georgia Log Cabin Republicans for calling the AFTAH a “radical Christian domestic terrorist group” and comparing it to Nazis.

Ensley made the remarks in a letter to Michael Steele, the new Chair of the Republican Party, urging him to ignore an AFTAH call to abandon his belief the GOP needs to be a “big tent” that includes gays.

After its trouncing at the polls in November, the party has been searching for a new beginning. Steele has said the GOP needs to have a broader base.

In a February 12 letter to Steele, AFTAH president Peter LaBarbera said the party needs to concentrate on its “grassroots pro-family conservative GOP base.”

AFTAH on its Web site said it “is encouraging Republicans and pro-family citizens nationwide to contact Steele and the RNC to urge them not to sell out the conservative GOP platform by courting an organization [Log Cabin Republicans] that works to undermine tradition marriage and supports anti-religious, pro-homosexual special-rights legislation.”

Ensley’s response to Steele drew more wrath from from LaBarbera.

So far, Steele has not commented on either LaBarbera’s or Ensley’s remarks.

In addition to being the head of the Georgia Log Cabin Republicans, Ensley is the Chair of the 57th District of the Fulton County Republican Party and a board member of Georgia Equality.

http://www.365gay.com/news/anti-gay-group-blasts-log-cabin-leader/
Posted by Alex Constantine at 10:13 AM