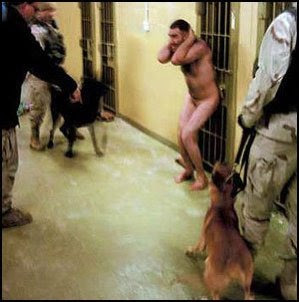 WASHINGTON (Reuters) - A U.S. "truth commission" should probe Bush administration policies including the promotion of war in Iraq, detainee treatment and wiretapping without a warrant, an influential senator proposed on Monday. Democratic Senator Patrick Leahy, chairman of the Judiciary Committee, called for the commission as way to heal what he called sharp political divides and to prevent future abuses. He compared it to other truth commissions, such as one in South Africa that investigated the apartheid era.

"We need to come to a shared understanding of the failures of the recent past," Leahy said in a speech to the Georgetown University law school.

"Rather than vengeance, we need a fair-minded pursuit of what actually happened," he said. "And we do that to make sure it never happens again," Leahy said.

Some Republicans and intelligence officials have resisted any suggestion of broad inquiries into accusations against the Bush administration, saying it would be a distraction or weaken morale in the fight against terrorism. Leahy said he had not yet begun to promote the idea with the administration of President Barack Obama or with the Democratically controlled Congress. But he suggested it could be formed by both Congress and the White House, and said the panel must have credibility across the political spectrum.

Issues to investigate would include the Justice Department's firings of several U.S. attorneys, which Leahy said may have been motivated by a White House aim to influence elections, policies on the treatment of terrorism suspects and other areas "where (congressional) committees were lied to."

This included the war in Iraq, he said. "There were lies told to the American people all the way through."

Former President George W. Bush has acknowledged that intelligence on Iraqi weapons programs was wrong, but said he never lied to the public about the war.

Leahy said he wanted the Defense Department investigated for filming Iraq-war protesters, which he said came "shockingly close" to the FBI's Vietnam War-era Cointelpro operation to investigate domestic war protesters. "We fought a revolution in this country so we could protest the actions of our government," he said.