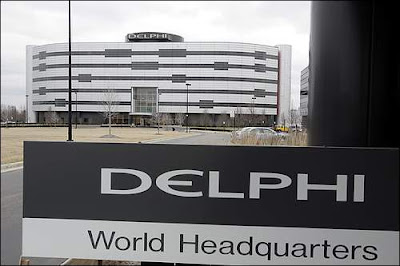 U.S. judge gives permission for health-care and life-insurance coverage to be dropped for those who were salaried employees.

Delphi Corp received bankruptcy court permission to cancel benefits for 15,000 retirees, which would enable the bankrupt auto parts maker to save more than $70 million annually.

As a result, according to a report on the court proceedings in the Detroit News, on April 1 Delphi could cancel salaried retiree health care and life insurance benefits.

"Every dollar counts," U.S. Bankruptcy Judge Robert Drain said in his ruling, adding that the move represents "good business judgment." Judge Drain stressed that health and life insurance are not vested benefits, but he acknowledged the ruling would affect some retirees "in very dire ways," according to the report.

The judge, however, did appoint a temporary committee to review whether some retirees — including those who retired on disability — have special rights to continued health insurance. ...