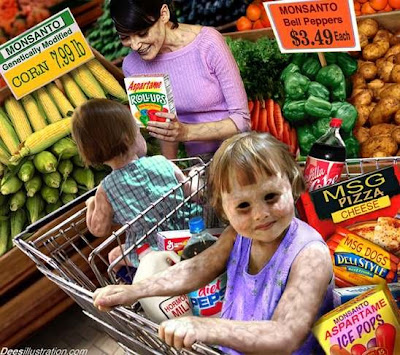 " ... Corporate shills such as Growers for Biotechnology would rather keep you in the dark, discredit anyone who questions corporations, such as Monsanto, and continue to print lie after lie to sway the public through sheer repetition that GE crops are safe. ... "

GRAND FORKS, N.D. — There are many dangers associated with biotechnology, such as genetic drift and contamination, widespread death of species such as monarch butterflies, untested and unethical “terminator” technology. Studies by scientists such as Arpad Pusztai — whose reputation was intentionally and erroneously attacked by biotech public relations people — show the process of transgenic manipulation to be dangerous, demonstrating reproductive harms from genetically engineered crops, rBGH and so on.

Anyone considering the use of such technology ought to try to learn about these risks for themselves, their customers and the world at large. Jeffrey Smith’s Seeds of Deception is an excellent source.

However, corporate shills such as Growers for Biotechnology would rather keep you in the dark, discredit anyone who questions corporations, such as Monsanto, and continue to print lie after lie to sway the public through sheer repetition that GE crops are safe. By doing so, they hope to increase the bottom line for these big ag companies. 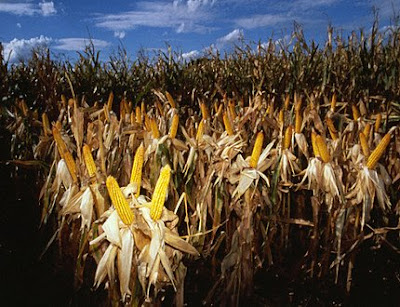 Monsanto Co., which is responsible for 90 percent of GE crops around the world, is the corporation that sues farmers upon whose land Monsanto’s GE seeds have drifted. Monsanto created PCBs, one of the most toxic substances on Earth. Monsanto has made other toxic substances, always claiming at the time that their products were “safe” and attacking any dissent with PR tactics, lawsuits and false accusations.

Here is a list of some Monsanto products: DDT, banned in 1972 as a carcinogen; saccharin, proven to be a carcinogen in 1977; aspartame, whose approval was forced through the FDA by Donald Rumsfeld after years of contentious debate, and over the objections of prominent scientists; and Agent Orange, a carcinogen.

Unsurprisingly, Growers for Biotechnology has a connection to Monsanto. Its prominent members also are members of the National Association of Wheat Growers, a group dedicated to turning wheat, one of the last crops left that isn’t genetically modified, into yet another GE crop.

Among the usual suspects listed as NAWG’s “associate sponsors” is, of course, Monsanto.

We must see these connections as we read articles written by people from Growers for Biotechnology and other industry mouthpieces, and we should dismiss their rants because of these connections. Their financial interests in GE crops are all that matter to them, and their agenda is to quash any dissent or investigation or even the reading of studies that show GE crops to be what they are — more dangerous corporate products, such as the PCBs, saccharin, rBGH, DDT and Agent Orange that came before them.