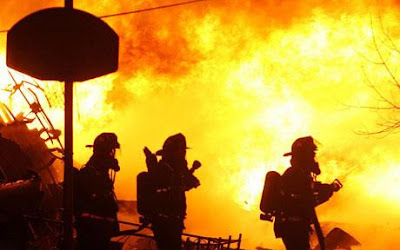 Also see: "Tragedy of the 9/11 Widow ... GenocideGate Ties ... Northrop Grumman and the Buffalo Crash ... and a PRIOR, Related Airplane Crash," also "A Parmalat Scandal Connection to the Flight 3407 Crash" 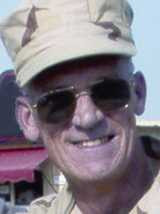 Fiore started his military career in Vietnam with the Marines. He later joined the Air Force Reserves and served as an air transportation manager with the 30th Aerial Port Squadron of the 914th Mission Support Group.

In an August 2006 article in the Niagara Falls Air Reserve Station publication “Niagara Frontiersman,” Fiore described the squadron’s work in the war on terror as “making history.”

“The airlift missions we scheduled moved more than 700 officials in support of the first free Iraqi elections since 1953,” Fiore told the 914th Airlift Wing public affairs office in 2006.

Fiore served as an airlift scheduler at the Air Mobility Division, Al Udeid Air Base, Qatar, during the tour, which began in 2004, according to the “Niagara Frontiersman.”

Ernest West, 54, according to his own biography (can be found on the networking site Linkdln) was deputy director for defence research firm Northrop Grumman Amherst Systems, a unit of the leading defense contractor. West worked 22 years as a marketing and systems manager for Sierra Research Corp [a division of LTV]. Before that, he was an electronic warfare and ground-directed bombing specialist for the Air Force in the 1970s. While serving in South Korea, he served six months as “a field operative” with the Office of Special Investigation.

"While in South Korea, [West] also served six months as a field operative with the Office of Special Investigation looking into South Korea’s black market on drugs."
http://www.buffalonews.com/516/story/581203.html

Darren Tolsma (45), was a 25-year employee of Northrop Grumman.
•••
KEVIN W. JOHNSTON worked for Dusseldorf-Based Henkel Technologies - a company with a Nazi History - and the plane landed on a former Henkel employee ...

KEVIN W. JOHNSTON, 52, of East Amherst, was director of safety, health and environment at Henkel Technologies-Americas in Buffalo. ...
http://209.85.173.132/search?q=cache:Whpba3CdgjMJ:www.buffalonews.com/cityregion/northernsuburbs/story/580006.html+Retired+U.S.+Air+Force+Chief+Master+Sgt.+John+J.+Fiore&hl=en&ct=clnk&cd=3≷=us

"... During the Second World War, foreign civilians and prisoners of war were working for the company. Henkel was part of a large-scale restitution settlement. On April 16, 1945 American troops occupied Henkel's Düsseldorf site. On June 5, the British military command in Düsseldorf took over from the Americans. ... "
http://en.wikipedia.org/wiki/Henkel

" ... Three industrial firms, I.G. Farben, Henkel, and Degussa, and three of the big Berlin banks, Deutsche Bank, Dresdner Bank, and Berliner Handelsgesellschaft, as well as the Nazi ministries of the Four-Year Plan for rearmament, had supplied the over-all direction of the affairs of the Metallgcsell- schaft. ... The principal stockholders in Metallgesellschaft were ... were Henkel, Degussa, and I.G. Farben. Degussa, the precious metals combine, was a favorite child of the Dresdner Bank. Its chief stockholders were Henkel and I.G. Farhen. The outstanding member of the supervisory board was Carl Goetz, chairman of the board of the Dresdner Bank. ... "
http://209.85.173.132/search?q=cache:wp7RhjPMA1UJ:spitfirelist.com/books/honorable01.pdf+Henkel+%26+Cie+and+nerve+gas+and+nazis&hl=en&ct=clnk&cd=4≷=us 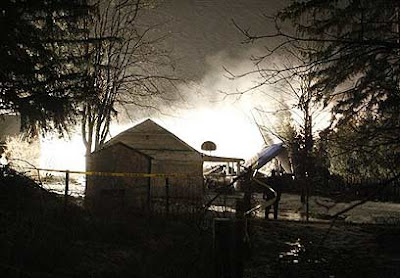 Flight 3407 Crashed into the house occupied by Douglas Wielinski, a retired Henkel engineer, Killing Him

" ... In an in-house message sent Friday, [Henkel] company executives alerted employees about the loss of Johnston, as well as Douglas Wielinski, a former employee who was in the Clarence Center home where Continental Flight 3407 crashed. ... "
http://www.buffalonews.com/cityregion/northernsuburbs/story/580006.html

"Douglas had been in a helicopter accident a few years ago and vowed to never go on any type of aircraft again! Tragic!"
http://us.f820.mail.yahoo.com/ym/ShowFolder?rb=Inbox&reset=1&YY=86526&y5beta=yes&y5beta=yes&inc=25ℴ=down&sort=date&pos=0&view=&head=&box=Inbox&YN=1
•••
Update: The Audio Reveals - "Ice not a Factor"
rob balsamo

According to the ATC audio, winds were not a factor. Wind reports were within 10-20 degrees of runway (IIRC) and around 14 knots.

Also according to the same audio, it appears ice was also not a factor. Aircraft reported 1/4" Rime ice on the descent (according to Delta 1998) and were shedding the ice once level at intercept altitude (altitude to intercept the glideslope of the ILS, air was obviously warmer there and ice was shedding off the airframe) according to Cactus 1452.

The Q400 is well equipped to handle flight into known icing conditions. The aircraft is equipped with de-ice boots (inflatable rubber "boots" on leading edges which cracks off the ice) and other de-ice/anti-ice features (windshield heat, .etc). Reading other boards and those who fly the Q400, the Q400 has two automatic modes for ice removal (you can see them on the overhead Ice Panel). A slow mode and fast mode. Slow mode cycles the boots (inflates the boots/cracks off the ice), once every 3 minutes. Fast mode inflates once every minute.

If ice were a factor, the ice would have had to accumulate to "dangerous levels" in less than 3 minutes prior to flap selection if the pilots had slow mode selected. Since this was an approach, and there was obvious ice, fast mode was probably selected (need more info here from FDR/Airline policy). Which means ice would have had to accumulate to danger levels in less than a minute. However, other aircraft on the approach do not report severe icing of any kind during the same time of the approach, flying in the same air and same altitudes. ...

BUFFALO, N.Y. (AP) — Seats are upright. Belts are buckled. Trays are up. Flight 3407 is beginning its descent to Buffalo Niagara International Airport. And then something suddenly goes terribly wrong.

The 44 passengers are lifted from their seats — like on a roller coaster — very abruptly and repeatedly. Simultaneously, they are forcefully jostled from side to side.

But the severe pitches and rolls that jerked the plane's nose down, up and then down again from 31 degrees to 45 degrees while rolling violently from side to side, once as much as 105 degrees and almost onto the plane's back — would have ended within 20 seconds when the plane hit the ground. ...

A Litany of Lies?

Northrop Grumman Amherst Systems will benefit from a $28.2 million contract awarded to its parent company to provide electronic simulators to the European Aeronautic Defence and Space Co.

The Amherst location will build eight radio frequency simulators which will help the Airbus 400M transport aircraft, while still on the ground, safeguard itself against combat threats it might encounter during missions.
The simulators generate signals the aircraft might detect, such as antiaircraft radar, in the air so that its sensors can be programmed for those threats. When those threats appear during flights, the plane can then take the proper defensive measures.

Ernest West, 54, according to his own biography (which can be found on the networking site Linkdln) was deputy director for defence research firm Northrop Grumman Amherst Systems, a unit of the leading defense contractor. West worked 22 years as a marketing and systems manager for Sierra Research Corp. Before that, he was an electronic warfare and ground-directed bombing specialist for the Air Force in the 1970s. While serving in South Korea, he served six months as “a field operative” with the Office of Special Investigation.