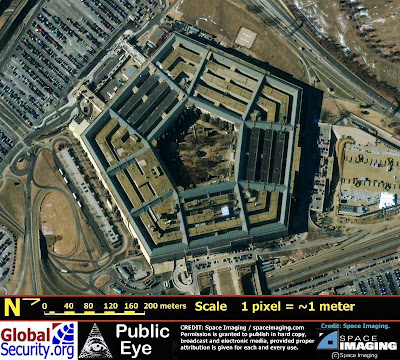 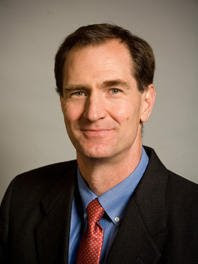 Jim Miller, Nominee for Principal Deputy Under Secretary for Policy, Department of Defense

Miller is Senior Vice President and Director of Studies at the Center for a New American Security (CNAS). Previous positions include serving as Senior Vice President at Hicks and Associates, Inc. (2000-2007); Deputy Assistant Secretary of Defense for Requirements, Plans, and Counterproliferation Policy (1997-2000); assistant professor at Duke University (1992-1997); and senior professional staff member for the House Armed Services Committee (1988-1992). He is a member of the International Institute for Strategic Studies and the Combating WMD Panel of DoD’s Threat Reduction Advisory Committee. He has served as an advisor to the Defense Science Board, as senior associate at the Center for Strategic and International Studies, and as senior associate member at St. Antony’s College, Oxford. In 2000 he received the Department of Defense Medal for Outstanding Public Service. Dr. Miller received a B.A. degree with honors in economics from Stanford University, and Master’s and Ph.D. degrees in public policy from the John F. Kennedy School of Government at Harvard University. 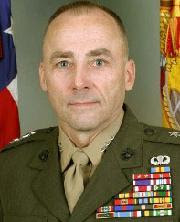 [See Global Technologies, Inc. - not mentioned in the resumé released by the Obama administration]

Since 2006, Lt. Gen. Gregson (USMC, Ret) has been a foreign policy and military affairs consultant for WCG & Associates International. Previously he served as Chief Operating Officer for the United States Olympic Committee. From 2003 to 2005 he was Commanding General of the Marine Forces Central Command in the Pacific, where he led and managed over 70,000 Marines and Sailors in the Middle East, Afghanistan, East Africa, Asia and the United States. From 2001 to 2003 he was Commanding General of all Marine Corps bases in Japan, where he was awarded the Japanese Order of the Rising Sun, the Gold and Silver Star, and the Korean Order of National Security Merit Gukseon Medal. Prior to his time in Japan he was Director of Asia-Pacific Policy in the Office of the Secretary of Defense from 1998 to 2000. He has served in the Marine Corps since his graduation from the Naval Academy and the US Naval War College.

The White House also announced that the following individuals will remain serving in their current posts at the Department of Defense:

Donley is currently the Secretary of the Air Force, where he is responsible for the affairs of the Department of the Air Force, including the organizing, training, equipping and providing for the welfare of its more than 300,000 men and women on active duty, 180,000 members of the Air National Guard and the Air Force Reserve, 160,000 civilians, and their families. He also oversees the Air Force's annual budget of approximately $110 billion. Prior to assuming his current position, Donley served as the Director of Administration and Management in the Office of the Secretary of Defense. From 1996 to 2005, Donley was a Senior Vice President at Hicks and Associates, Inc., a subsidiary of Science Applications International Corporation, and a consultant to DOD and the State Department on national security matters. From 1993 to 1996, he was Senior Fellow at the Institute for Defense Analyses. Prior to this position, he served as the Acting Secretary of the Air Force for seven months, and from 1989 to 1993 he was the Assistant Secretary of the Air Force (Financial Management and Comptroller). Donley supported two Presidents and five National Security Advisers during his service at the National Security Council from 1984 to 1989. As Deputy Executive Secretary he oversaw the White House Situation Room and chaired interagency committees on crisis management procedures and continuity of government. Donley served in the U.S. Army from 1972 to 1975 with the XVIIIth Airborne Corps and 5th Special Forces Group (Airborne), attending the Army's Intelligence and Airborne Schools and the Defense Language Institute. Donley earned both Bachelor of Arts and Master of Arts degrees in international relations from the University of Southern California. He also attended the Senior Executives in National Security program at Harvard University.

Clapper is currently the Under Secretary of Defense for Intelligence, where he is the principal staff assistant and advisor to the Secretary and Deputy Secretary of Defense regarding intelligence, counterintelligence and security matters. He also serves as the Director of Defense Intelligence and reports directly to the Director of National Intelligence as his principal advisor regarding defense intelligence matters. Clapper previously served as the National Geospatial-Intelligence Agency director from September 2001 to June 2006; he was the first civilian director of the NGA. He retired as a lieutenant general from the U.S. Air Force in 1995, after a 32-year career. He earned a bachelor's degree in government and politics from the University of Maryland, a master's degree in political science from St. Mary's University, San Antonio, Texas, and an honorary doctorate in strategic intelligence from the Joint Military Intelligence College.

Vickers is currently the Assistant Secretary of Defense (Special Operations/Low-Intensity Conflict & Interdependent Capabilities), where he is the senior civilian advisor to the Secretary and Deputy Secretary of Defense on the operational employment and capabilities of special operations forces, strategic forces, and conventional forces. He is also the senior civilian advisor on counterterrorism strategy, irregular warfare, and force transformation. Prior to his appointment as ASD (SO/LIC&IC), Vickers served as Senior Vice President, Strategic Studies, at the Center for Strategic and Budgetary Assessments (CSBA). He was a senior advisor to the 2006 Quadrennial Defense Review, and Executive Director of the QDR "Red Team," which provided an assessment of the QDR for the Deputy Secretary and Vice Chairman. In late 2005, Vickers conducted an independent assessment of special operations forces ("The Downing Report") for the Secretary of Defense. From 1973 to 1986, Vickers served as an Army Special Forces Non-Commissioned Officer, Special Forces Officer, and CIA Operations Officer. During this period, Vickers had operational and combat experience in Central America and the Caribbean, the Middle East, and Central and South Asia. During the mid-1980s, Vickers was the principal strategist for the largest covert action program in the CIA’s history: the paramilitary operation that drove the Soviet army out of Afghanistan. Vickers received his B.A., with honors, from the University of Alabama. He also holds an MBA from the Wharton School of the University of Pennsylvania.