"Ice accumulation," repeated ad nauseum by the media as cause of the Flight 3407 crash, doesn't hold up so well under scrutiny ... 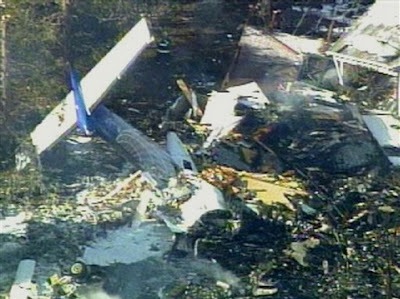 The "Mainstream" Media Perspective Immediately Following the Disaster in Buffalo:

"Clarence Center, NY: While the investigation is ongoing, it appears that ice buildup on the wings remains the likely cause of the horrific plane crash in a town near Buffalo, New York February 12th that claimed the lives of 49 people in the air, and one on the ground. ... "
http://www.lawyersandsettlements.com/articles/11900/Flight-Bombardier-Ice.html

A few days on, however, the "ice" theory was cracking ...

John Croft, at flightglobal.com, reported on February 18: "Ice only one factor in flight 3407 forensics" - "While icing was initially high on the list of potential causes of the loss of control of a Bombardier Q400 on approach to Buffalo Niagara International airport on 12 February, evidence emerging from on-board recorders and other aircraft in the vicinity at the time is hinting at a more complex chain of events. ... Information from the cockpit voice recorder and flight data recorder as well as air traffic control tapes paint a picture of a relatively normal winter flight for the north-east USA with ice and light snow. Soon after leaving New York Newark, the crew turned on the de-icing system, which uses pneumatic boots on the wing, fin and tailplane leading edges to clear ice. . ... "
http://www.flightglobal.com/articles/2009/02/18/322739/ice-only-one-factor-in-flight-3407-forensics.html 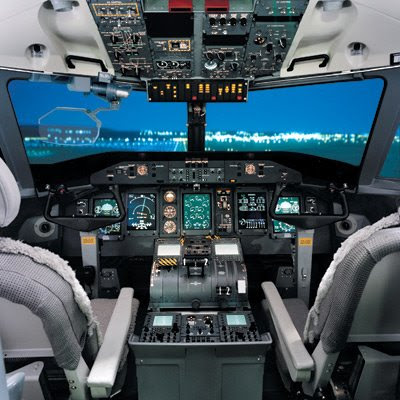 Someone disabled the de-icer. These don't become non-functional they have redundancy built in, and the light was on, but it obviously was not working, causing the crash as surely as if there was a bomb on board.

My verdict: Sabotage. They wanted to get rid of someone on that plane. So we have to ask ourselves: Who is it that they're not talking about...? That's the person they wanted to kill. My guess is it could have been the woman suing the government over 9-11. ...

Now, in the account published on USAToday, "In December, the agency issued a safety alert because pilots have continued to make the same mistake as the Comair pilots 12 years ago: failing to switch on a plane's anti-icing equipment. ... "
http://usatoday.com/news/nation/2009-02-13-ice-buffalo-crash_N.htm

Blaming the Pilots for "failing to switch on a plane's anti-icing equipment" is erroneous because, "according to the New York Times, 'It has several types of de-icing equipment, including systems for its wings, tail, propeller blades and windshield, which are prompted to operate by automatic sensors"

The De-Icing Systems were "On" when the Plane Crashed

"The NTSB confirmed through their spokesman, Steve Chealander, that the de-icing systems 'were in the ON position' before the aircraft commenced its descent from 16,000 ft to 2,300 ft and remained ON."

... What we can gather from the ATC tapes and the flight recorder is that the pilots descended from 16,000ft to their outer marker approach altitude of 2300ft ready to intercept the Instrument Landing System beacon for runway 230 without any report of problems and both pilots evidently not under any stress according to the ATC tapes. Once the aircraft started to line up on approach, it simply vanished off the radar screens with no Mayday or any communication from the pilots. According to the Flight Director logs, once aligned for approach, the plane experienced violent pitching and rolling after the landing gear had been extended and the first stage of flaps had been set but still no communications from the pilots. This would seem to point to both a simultaneous, catastrophic failure in both the de-icing system and communications / transponder systems. There was no mention of any failure by the NTSB of any catastrophic failure recorded on the recovered black box. The de-icing system status indicator in the cockpit remained ON during the entire time. The Bombardier Dash8 Q-400 had been subject to an airworthiness directive in June 2008 about its de-icing system in aircraft built before April 2007. Flight 3047's Q-400 had been built after that date.

http://meltdown101.livejournal.com/26165.html
••
NTSB Claims it will take a FULL YEAR to Determine why the Plane Crashed

A transcript of the Air Traffic Control tapes was released shortly after the crash which confirmed that the pilots had not reported anything out of the ordinary. They were directed to 2300ft on a heading of 260 degrees for runway 230 with an Instrument Landing System Approach. One minute after the last acknowledgement from flight 3047 "the plane simply dropped off the radar screen". ...
Posted by Alex Constantine at 10:19 PM

Justice For The Clarence Center 50 – FIRE FAA’s Lynne Osmus and Hank Krakowski
Photos and biographies of the aircrash victims, links, and the full text of this message, can be found at:
http://indictsturgell.blogspot.com/2009/02/justice-for-clarence-50.html

America continues to learn that the victims of the Clarence Center aviation disaster were great people.

But one example:
The late “Dawn Monachino of Clarence typically drove 10 hours round-trip to Pennsylvania, every two weeks, to be with her mother, who has Alzheimer’s disease”.
http://www.buffalonews.com/516/story/581786.html

Dawn was a hero. So were her fellow passengers. They died to make our air travel safer. But they should not have been taken from us.

Quiet Rockland extends thoughts, sympathies, and prayers to families and friends of the victims of the horrible airplane crash which occurred near Buffalo, New York in the nearby hamlet of Clarence Center, Continental (Connections) Flight #3407, on Friday, February 13, 2009. The crash of Flight #3407 was but part of the legacy of harmful malfeasance rendered to us by now-exited failed Acting FAA Administrator Robert Allan (“Bobby”) Sturgell, now-exited failed FAA “Safety Officer” Nicholas Sabatini - and still-in-office FAA COO Hank Krakowski and Acting FAA Administrator Lynne A. (Dobler) Osmus.

The victims of the Flight #3407 crash were kind and decent people, with hopes and dreams. None of them deserved to die at the hands of malicious bureaucrats. We again call upon the President, USDOT Secretary LaHood, and Congress, to immediately remove Lynne Osmus and Hank Krakowski from FAA and from all other government work, permanently. We again call upon President, USDOT Secretary LaHood, and Congress, to now give FAA the top-to-bottom clean-out of other FAA personnel recommended by Congressman Oberstar last year, before Flight #3407 ever happened. If the clean-out of FAA had happened already, the crash of Flight #3407 may not have happened. Finally, we want a Congressional investigation into the circumstances of the timing of the hasty departure announcement by NTSB Member Steven R. Chealander, which announcement occurred but a week after he commenced work on the February 13 Flight #3407 crash. We want answers. We want justice. We want a new FAA.

Photos and biographies of the Clarence Center crash victims, and the full text of this message, can be found at:
http://indictsturgell.blogspot.com/2009/02/justice-for-clarence-50.html