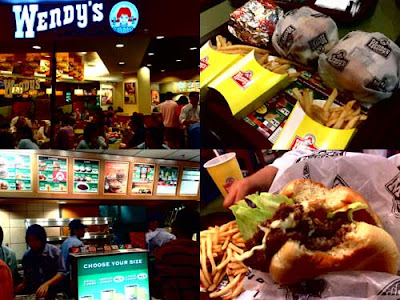 • Study looked at 1,247 strokes in Nueces County, Texas
• Risk of stroke in a neighborhood increased by 1 percent for every fast-food restaurant
• Spokeswoman for National Restaurant Association says study is flawed
•••
(CNN) -- A person's risk of stroke is associated with the number of fast-food restaurants near their residence, according to a study presented Thursday at a stroke conference in San Diego, California.

Researchers led by Dr. Lewis B. Morgenstern at the University of Michigan in Ann Arbor counted 1,247 strokes caused by blood clots in 64 census tracts in Nueces County, Texas, which includes Corpus Christi, from January 2000 through June 2003.

They also mapped the county's 262 fast-food restaurants and then adjusted for socioeconomic status and demographics and found a statistically significant association.

"The association suggested that the risk of stroke in a neighborhood increased by 1 percent for every fast-food restaurant," the authors wrote in a poster presented at the American Stroke Association's International Stroke Conference.

Residents of neighborhoods in the 75th percentile of fast-food restaurants had a 6 percent increased risk of stroke compared with residents of the 25th percentile of such eateries, according to the study, which was paid for by the National Institute of Neurological Disorders and Stroke.

Morgenstern, director of the University of Michigan's stroke program and professor of neurology and epidemiology, warned that the finding does not prove that proximity to fast-food restaurants caused the increase in strokes of people living nearby.

"What we don't know is whether fast food actually increased the risk because of its contents or whether fast-food restaurants are a marker of unhealthy neighborhoods," he said.

Still, he added, "If this association is causal, the findings have large public health importance due to the high prevalence of fast-food restaurants."

A spokeswoman for the National Restaurant Association lambasted that concern as unsupported by the data.

"This article is seriously flawed and by its own admission shows no correlation whatsoever between dining at chain restaurants and incidence of stroke," Beth Johnson said. "Further, it tells us nothing about the eating and exercise habits of the individuals involved. The restaurant industry continues to offer a growing number of healthier offerings, move away from the use of trans fats and provide more nutrition information.

"In fact, the National Restaurant Association strongly supports a national, uniform approach to providing detailed nutrition information in chain restaurants. Constructive and responsive measures like these, and not misleading studies, will help consumers make healthy choices for themselves and their families," she added.