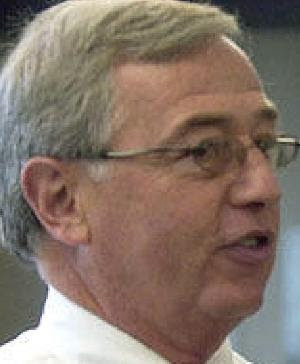 WASHINGTON (AFP) — Two former judges in Pennsylvania have admitted to receiving more than 2.6 million dollars in pay-offs from companies that run private prisons for sending them minors for detention or disciplinary camps.

The admissions, which were made by judges Mark Ciavarella and Michael Conahan in a plea agreement filed in federal court last week, has sparked protests by outraged parents and relatives of youths whose cases were handled by the judges.

In the plea agreement, Ciavarella and Conahan admitted they "abused their position ... by secretly deriving more than 2,600,000 (dollars) in income ... in exchange for official actions."

Those actions included "entering into agreements guaranteeing placement of juvenile offenders with PA Child Care, LLC (and) facilitating the construction of juvenile detention facilities," according to the document.

The Juvenile Law Center, an advocacy organization for youths in trouble with the law, will file complaints from several dozen families who learned that their child was unjustly detained, a spokesman told AFP Monday. Some families have filed complaints separately.

More than 5,000 adolescents between the ages of 13 and 18 were found guilty between 2002 and 2007 when the judges were active in Luzerne county, an impoverished former mining area where the majority of residents are white.

Of those, more than 2,000 were ordered sent to detention, said Marie Roda, a spokeswoman for Juvenile Law Center. Many were from families with little money or education, which made them "easy targets," she said.

"A lot of them didn't have lawyers and when they asked for a public defender and they were told it would be weeks to wait," she said.

The judges face at least seven years in prison under the plea agreement. But the federal judge hearing their case could sentence them to up to 25 years in prison. A decision is not expected for several months.

"Families have been calling non-stop since this came out but not all of the families have signed onto the suit yet," Roda said. "We don't know how many families it's going to be. We know some of them are not going to file. They just want it to go away, they just want to let it go," she said.

The Pennsylvania Supreme Court on Wednesday named a special judge from outside the area to review all the cases tried by the tainted judges.

The cases include those of a youth detained for nine months for stealing a four-dollar jar of spices, and a 13-year-old who was sent to "boot camp" for several weekends for exploring an abandoned building. In many cases, youths were sent to prisons far from their families, often against the recommendation of probation officers.

Two Pennsylvania judges accused by federal prosecutors of accepting $2.6 million in kickbacks to jail juveniles in privately owned detention facilities are now being sued for damages.

In the first of several expected lawsuits seeking class-action status, a federal complaint was filed yesterday contending that juveniles incarcerated under the scheme and their families are entitled to damages, reports the Associated Press.

It alleges that Luzerne County judges Mark Ciavarella Jr. and Michael Conahan, "acting under the cloak of the court," willfully and knowingly engaged in racketeering activity and deprived juvenile defendants of their civil rights, reports the Times-Tribune.

In addition to Ciavarella and Conahan, who have been suspended and agreed to resign under their guilty pleas in a related criminal case, the complaint also names the judges' wives, attorney Robert Powell and his Drums, Pa.-based law firm, a "Joe Doe" attorney, and eight additional defendants, according to the newspaper.

Powell, a former co-owner of two juvenile detention facilities at issue in the case, is accused in the suit of being one of the parties who paid kickbacks. However, his lawyer says Powell was a victim of the judges' extortion scheme, the AP reports.

"At the hands of two grossly corrupt judges and several conspirators, hundreds of Pennsylvania children, their families and loved ones, were victimized and their civil rights violated," says attorney Michael Cefalo of West Pittston in a written statement today.

He filed the suit for the plaintiffs, along with attorneys William Caroselli of Pittsburgh and David Senoff of Philadelphia, the Times-Tribune reports.

I was mocked in a high court of Australia by a "judge" and "prosecutor" for alleging in my mail the CIA is involved in drug dealing. I do not care if my name is made public re this as I am right and fear not what this sick human race can do to me and may these devils rot in an eternal hell