The CIA and Cybernetics (Part One) 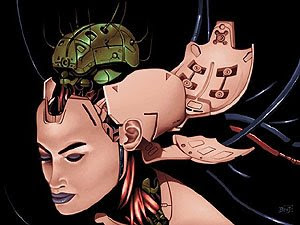 The Macy Foundation (a CIA Mind Control Research Funding Front), ONR and the 1959 Conference that Gave Birth to the "Cybernetics Group."

What ever happened to cybernetics?

"Good morning, self-organizing systems!" The cheerful speaker smiled with a polished ease and adjusted his tie. "I am indeed very happy to find the Office of Naval Research joining with the Armour Research Foundation in organizing this conference on what I personally consider an exceedingly important topic, and at such a well-chosen time."

It was a spring day in early May, 1959. Four hundred men from an astoundingly diverse group of scientific backgrounds had gathered in Chicago for what promised to be an electrifying meeting. Almost every major branch of science was represented: psychology, linguistics, engineering, embryology, physics, information theory, mathematics, astronomy, and social sciences. No one could remember a conference before this where so many top scientists in different fields were about to spend two days talking about one thing. Certainly there had never been a large meeting about this particular one thing.

It was a topic that only a young country flush with success and confident of its role in the world would even think about: self-organizing systems-how organization bootstraps itself to life. ...

The all-star lineup who presented papers at the 1959 conference was a public rendezvous of scientists who had been convening in smaller meetings since 1942. These intimate, invitation-only gatherings were organized by the Josiah Macy, Jr. Foundation, and became known as the Macy Conferences. In the spirit of wartime urgency, the small gatherings were interdisciplinary, elite, and emphasized thinking big. Among the several dozen visionaries invited over the nine years of the conference were Gregory Bateson, Norbert Wiener, Margaret Mead, Lawrence Frank, John von Neumann, Warren McCulloch, and Arturo Rosenblueth. This stellar congregation later became known as the cybernetic group for the perspective they pioneered-cybernetics, the art and science of control.

Some beginnings are inconspicuous; this one wasn't. From the very first Macy Conference, the participants could imagine the alien vista they were opening. Despite their veteran science background and natural skepticism, they saw immediately that this new view would change their life's work. Anthropologist Margaret Mead recalled she was so excited by the ideas set loose in the first meeting that "I did not notice that I had broken one of my teeth until the Conference was over."

The core group consisted of key thinkers in biology, social science, and what we would now call computer science, although this group were only beginning to invent the concept of computers at the time. Their chief achievement was to articulate a language of control and design that worked for biology, social sciences, and computers. Much of the brilliance of these conferences came by the then unconventional approach of rigorously considering living things as machines and machines as living things. Von Neumann quantitatively compared the speed of brain neurons and the speed of vacuum tubes, boldly implying the two could be compared. Wiener reviewed the history of machine automata segueing into human anatomy. Rosenblueth, the doctor, saw homeostatic circuits in the body and in cells. In Steve Heims's history of this influential circle of minds, The Cybernetics Group, he says of the Macy Conferences: "Even such anthropocentric social scientists as Mead and Frank became proponents for the mechanical level of understanding, wherein life is described as an entropy-reducing device and humans characterized as servomechanisms, their minds as computers, and social conflicts by mathematical game theory."

In an age when popular science fiction had just hatched, and was not the influential element it now is in modern science, the Macy Conference participants often pushed the metaphors they were playing with to extremes, much as science fiction writers do now. At one conference McCulloch said, "I don't particularly like people, never have. Man to my mind is about the nastiest, most destructive of all the animals. I don't see any reason, if he can evolve machines that can have more fun that he himself can, why they shouldn't take over, enslave us, quite happily. They might have a lot more fun, invent better games than we ever did." Humanists were horrified by such speculations, but under this nightmarish, dehumanized scenario some very important concepts were buried: that machines might evolve, that they might really be able to do practical intellectual chores better than we could, and that we share operating principles with very sophisticated machines. These are very much metaphors of the next millennium.

As Mead wrote later of the Macy Conferences, "Out of the deliberations of this (cybernetics) group came a whole series of fruitful developments of a very high order." Specifically, the ideas of feedback control, circular causality, homeostasis in machines, and political game theory were born there and gradually entered the mainstream until they became elemental, almost cliché, concepts today.

The cybernetic group did not find answers as much as they prepared an agenda for questions. Decades later scientists studying chaos, complexity, artificial life, subsumption architecture, artificial evolution, simulations, ecosystems, and bionic machines would find a framework for their questions in cybernetics. A short-hand synopsis of Out of Control would be to say it is an update on the current state of cybernetic research. ...