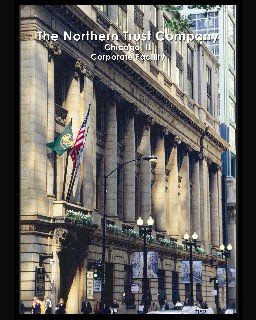 In what could be the first instance of a congressional committee citing reporting by TMZ (or maybe not!), Democrats on the House Financial Services committee, led by Rep. Barney Frank, have sent a letter to the CEO of Northern Trust bank, demanding that the bank re-pay taxpayers for a lavish spending spree -- featuring a Sheryl Crow concert and gifts of Tiffany's trinkets -- surrounding a recent golf tournament it sponsored for clients. The splurge, which took $1.5 billion in bailout money last fall, was first reported earlier today by TMZ.com, the entertainment site. 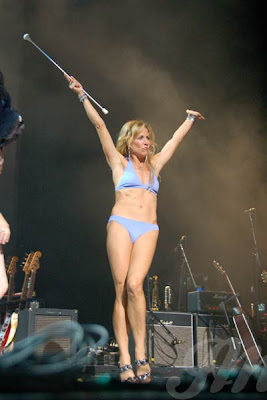 TMZ offered a rundown of the trip's highlights:

- Wednesday, Northern Trust hosted a fancy dinner at the Ritz followed by a performance by the group Chicago.

- Thursday, Northern Trust rented a private hangar at the Santa Monica Airport for dinner, followed by a performance by Earth, Wind & Fire.

- Saturday, Northern Trust had the entire House of Blues in West Hollywood shut down for its private party. We got the menu -- guests dined on seared salmon and petite Angus filet. Dinner was followed by a performance by none other than Sheryl Crow.

There was also a fabulous cocktail party at the Loews. And how's this for a nice touch: Female guests at the Chicago concert all got trinkets from ... TIFFANY AND CO.

In the letter, Frank and his colleagues wrote that the spending "demonstrates extraordinary levels of irresponsibility and arrogance," and called on Northern Trust CEO Frederick Waddell to return the money to taxpayers.

In response to the TMZ report, a spokesman for the Chicago-based bank told the Chicago Tribune that the bank had committed to sponsor the golf tournament over a year before it got bailout money. He continued: "The reason Northern Trust sponsors the Open is it's an integral part of its marketing program. It's about client relationships and showing appreciation for clients."

We are dismayed and angered to learn that Northern Trust recently spent millions of dollars on a PGA golf tournament sponsorship and associated parties at the same time it has taken over $1.5 billion in federal stabilization funding under the Troubled Asset Relief Program. According to published media reports, your bank not only sponsored the Northern Trust tournament at the Riviera Country Club, but also hosted clients and employees at places like the Beverly Wilshire and Ritz Carlton hotels and gave away Tiffany souvenirs. If this is accurate, we are demanding you take corrective action.

At a time when millions of homeowners are facing foreclosure, businesses and consumers are in dire need of credit, and the government is trying to keep financial institutions - including yours - alive with billions in taxpayer funds, this behavior demonstrates extraordinary levels of irresponsibility and arrogance.

We insist that you immediately return to the federal government the equivalent of what Northern Trust frittered away on these lavish events. Federal taxpayers should not and will not stand for such abuses, and we will insist that any future Treasury support for Northern Trust be conditioned on a thorough reform of your company's policies and practices.

We look forward to your reply and immediate reimbursement of these funds.