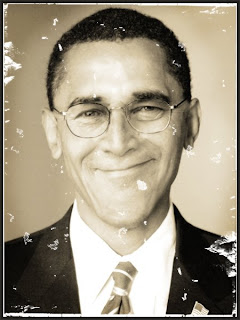 Barack Obama entered the presidency as one of the most rhetorically pro-civil liberties politicians in recent memory. And shortly after taking office, he drew applause from friends of liberty for promulgating executive orders closing Guantánamo and CIA secret prisons, ending CIA torture, suspending kangaroo proceedings at military tribunals, and pledging more openness than the secretive Bush administration. Unfortunately, instead of prosecuting Bush administration officials, including George W. Bush, for violating criminal statutes against torture, illegal wiretapping of Americans, and other misdeeds – thus avoiding the bad precedent of giving a president a free pass on illegal acts – Obama appears ready to vindicate the prior administration's anti-terrorism program by adopting Bush Lite. 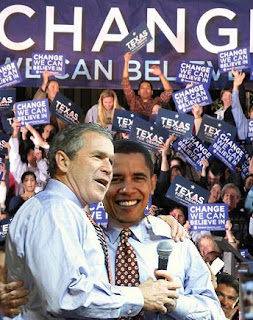 Warning signs that Obama was softer on civil liberties than advertised came even before taking office, when as a Senator, he voted for blatantly unconstitutional legislation that allowed federal snooping into some e-mail messages and phone calls without a warrant. The Constitution implies that all government searches and seizures of private property require a judicially-approved warrant based on probable cause that a crime has been committed – with no exceptions mentioned, including for national security.

Politicians love symbolic acts and Obama's rapid pledge to shutter the high profile prison at Guantánamo and secret CIA prisons was widely praised. But if civil liberties continue to be violated elsewhere, have we made much progress?

CONTINUED at antiwar.com
Posted by Alex Constantine at 11:39 AM