Saleh Ibn Abdul Rahman al-Hussayen was in the thick of it, all right. On Sept. 10, 2001, three of the 911 hijackers stayed in same hotel as the Saudi "Minister for the Holy Places," England's Telegraph reported three years after the event: "A senior Saudi Arabian official stayed at the same hotel as three September 11 hijackers the night before the suicide attacks. American investigators are trying to make sense of the disclosure that Saleh Ibn Abdul Rahman al-Hussayen, who returned to Saudi Arabia shortly after the attacks, stayed at the Marriott Residence Inn in Herndon, Virginia."

David Nevin, his nephew's American attorney, denied "any sinister aspects to the older man's travels.... Mr Hussayen became president of the affairs of the Holy Mosque in Mecca and the Prophet's Mosque in Medina, the two most sacred sites in Islam, five months after the attacks. Sources said he was already a prominent figure in the world of Saudi-funded charities." Hussayen was questioned by the FBI after the air commando operations that levelled the World Trade Center ... and he "feigned a seizure," quaking and choking and "prompting the agents to take him to a hospital, where the attending physicians found nothing wrong with him..."1

The agents suggested that the Saudi "epileptic" should be detained and questioned, but "as soon as flights resumed on Sept 19, Mr Hussayen and his wife flew home." Oops. The FBI later learned that while touring in the States, Sheikh Hussayen "visited or contacted several Saudi-sponsored charities now accused of links to terrorist groups."

Prosecutors later maintained that Hussayen had financed the Islamic Assembly of North America, accused of distributing "the teachings of two Saudi clerics who advocate violence against the United States." 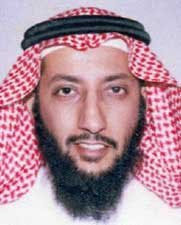 His nephew, Sami Omar Hussayen, a computer student, is in federal detention in Idaho on charges of visa fraud, accused of failing to disclose his role as an internet webmaster for IANA." Federal court filings alleged that the son "administered an internet site for IANA that expressly advocated suicide attacks and using airliners as weapons. IANA received about £2 million from abroad since 1995, court papers allege, including £60,000 from Saleh al-Hussayen."

Kim Lindquist, an assistant federal attorney assigned to the investigation of Hussayen in Boise, Idaho, said: "We're investigating the IANA. We have the money flowing to the IANA through the nephew from the uncle. We have the uncle visiting the United States just prior to September 11, and upon his return to the East Coast he's in the same hotel as the hijackers. According to FBI agents he feigns a seizure. It is something that we cannot ignore."

Lindquist wanted to "take the extra step" of connecting Saudi rulers to the events of September 11, because the Sheik's journeys and contacts are seen as a road map' of how Saudi money has poured into the United States in support of Wahhabism, the puritanical and intolerant form of Islam backed by the Saudi royal family."2

A couple of weeks after this belated story on Hussayen appeared, the wire services reported that recently unsealed court documents exposed "a secretive group of Muslim charities and businesses in Northern Virginia [that] funneled millions of dollars to foreign terrorists - and the network was set up with donations from a wealthy (unnamed) Saudi family." An affidavit from Homeland Security's David Kane charged that the Safa Group in Herndon had pipelined "more than $26 million in untraceable money overseas and that leaders of the organization have committed and conspired to . . . provide material support to foreign terrorist organizations.' The probe of the Herndon groups is the largest federal investigation of terrorism financing in the world." There was no innocent explanation "for the use of layers and layers of transactions between Safa Group companies and charities other than to throw law enforcement authorities off the trail," Kane said.

Now, the express purpose of the Safa Group, "set up primarily with donations from a wealthy Saudi family, was to fund terrorism and hide millions of dollars." Kane insisted that the dizzying nature of "the myriad financial transactions and the fact that much of the money was sent to tax havens with bank secrecy laws make it impossible to trace the final destination of much of the money."3

But, once again, the trail going the other way, back to the source of terrorist funding, led to the District of Columbia. The Atlanta Journal-Constitution reports:

• "GOP heavyweight Grover Norquist, a former board member of the foundation," was a Safa apologist. Norquist "said the group is not political; rather it is focused on educational issues..."

• "The men have given more than $84,000 since 1990 to a variety of federal candidates and political groups, including $5,500 to Energy Secretary Spencer Abraham, a Michigan Republican, and $4,000 to former Rep. Lee Hamilton, an Indiana Democrat, according to the Center for Responsive Politics, a political watchdog group."

• "The main leaders of the Safa Group of companies include ... Taha Alalwani, a naturalized American citizen who runs an Islamic graduate school where nine of the 12 Muslim chaplains in the U.S. military have been trained."

• "Khaled Saffuri, chairman of the Washington-based Islamic Free Market Institute Foundation, was at the April 4 luncheon with the former treasury secretary.... Saffuri, who has met with many top-level administration officials in recent years, including Secretary of State Colin Powell and FBI Director Robert Mueller, is also listed in Federal Election Committee reports as the treasurer of National Muslims for a Greater America, a defunct political action committee that received $5,200 from people connected to the Safa Group investigation..."

• " ... the affidavit ties the Safa Group to Abdurahman M. Alamoudi, a politically connected Muslim activist, who was welcomed at the White House by former President Bill Clinton and President Bush for his work on behalf of Muslim causes. Alamoudi recently pleaded not guilty to an 18-count federal indictment alleging that he laundered money and violated immigration and customs laws by accepting $340,000 from the Libyan government, which the government considers a state sponsor of terrorism. The $84,000 in contributions came from several of the alleged principals of the Safa Group and Alamoudi..."4

The institute, founded in 1999 to win influence in the Republican party, has helped to arrange meetings between senior Bush officials and Islamic leaders, according to the report in Newsweek magazine. Its s chairman, Khaled Saffuri, and Mr Norquist cooperated to arrange the meetings.

Mr Norquist, who is a member of the institute's board, said that it existed "to promote democracy and free markets. Any effort to imply guilt by association is incompetent McCarthyism".

ALL OF THIS devolves back to mysterious Sheik al-Hussayen, the "epileptic" holy man and his room at the Marriott Residence Inn in Herndon, Virginia on December 10, 2001 ... and those three hijackers down the hall. Some would find this certain evidence of Saudi sponsorship of the 911 air assaults, and have (National Review and David Horowitz). 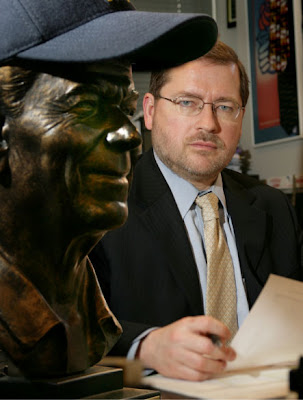 A little history of these particular Middle Eastern connections is enlightening. The Wall Street Journal reported: "Mr. Norquist started the nonprofit Islamic Free Market Institute. In collaboration with Mr. [Karl] Rove, now Mr. Bush's chief political adviser, he and other institute leaders courted Muslim voters for the Bush 2000 presidential campaign. Mr. Norquist even credits gains among Muslims with putting Mr. Bush in a position to win the critical Florida contest . . . To run the nonprofit's day-to-day operations, Mr. Norquist turned to Khalid Saffuri, a Palestinian-American raised in Kuwait who had been an official of the American Muslim Council, a political group in Washington. The institute's founding chairman was a Palestinian American, Talat Othman, who had served with Mr. Bush on the board of Harken Energy Corp. and later visited the president in the White House, according to records obtained by the National Security News Service."5

Talit Othman, we find in the same WSJ report, has been "a longtime associate and supporter of President Bush's family [who] gave a benediction at the Republican National Convention in Philadelphia in August 2000 . . . But he also serves [with Barzinji] on the board of Amana Mutual funds Trust, an investment firm founded by M. Yacub Mirza, the Northern Virginia businessman who set up most of the entities targeted by the Treasury and whose tax records were sought in the raid. Two nonprofits affiliated with Mr. Mirza and named in the search warrant, the SAAR Foundation Inc. [another title for Safa] and the Heritage Education Trust Inc., held large blocks of shares in Amana's mutual funds in 1997, according to SEC records.

The SEC documents and other records detailing connections between Mr. Othman and the Islamic Institute [on the board of which Mr. Othman serves] and the raided groups were compiled by the National Security News Service, a Washington based nonprofit research group. Mr. Othman also is on the board of Mr. Saffuri's [and Norquist's] Islamic Institute, the GOP-leaning group that received $20,000.00 from the Safa Trust, one of the raid's targets. The president of the Safa Trust, Jamal Barzinji, is a former business associate of Switzerland based investor Youssef Nada [See Khashoggi, part XV], whose assets were frozen last fall after the Treasury designated him a person suspected of giving aid to terrorists."

A few words on these financial connections: Yousef Nada, Richard Lebeviere informs, was a Nazi collaborator during WW II: "... known to the Egyptian [intelligence] services, who have evidence of his membership in the armed branch of the fraternity of the Muslim Brothers in the 1940's. At that time, according to the same sources, he was working for the Abwehr under Admiral Canaris and took part in a plot against King Farouk ..."6

Talit Othman also had a history, as reported by the Chicago Tribune on August 10, 2003: "In 1990, media reports implied that Othman was a front man for [Abdullah Taha] Bakhsh, who had acquired a 17.6 percent stake in Harken Energy Corp. in the 1980s. Serving alongside Othman as a Harken corporate officer: then-presidential son George W. Bush."7

This, then, is the "shadowy network" behind the 911 hijackers and the "mysterious" Sheik at the Marriott Hotel in Herndon, VA. From one end of the terror pipeline to the other.

Speaking of where the hijackers spent the night on September 10, 2001, five others deserve mention: "One of the most bizarre ironies of all this is that five of the hijackers lived in a motel right outside the gates of the NSA ..." - BBC News, June 8, 2002.

As for the dangling connections to BCCI mentioned in the cites above ...

In December 1992, Senator John Kerry published a report - it's a virtual primal scream if you read between the lines - in the form of an interim statement on BCCI submitted to the Senate Committee on Foreign Relations, and in it Kerry complained bitterly that the CIA had refused to cooperate with his investigation. Former CIA officials, including Richard Helms, and foreign intelligence officials, including Kamal Adham and Abdul Raouf Khalil, dragged their feet. Principal foreign agents, "such as Adnan Khashoggi and Manucher Ghorbanifar, float in and out of BCCI at critical times in its history, and participate simultaneously in the making of key episodes in U.S. foreign policy, ranging from the Camp David peace talks to the arming of Iran as part of the Iran/Contra affair." 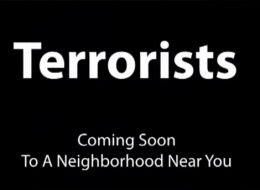 Agency officials claimed that they had no information on file regarding contact with the above, "raising questions about ... its candor with the Subcommittee. The CIA's professions of total ignorance about their respective roles in BCCI are out of character with the Agency's early knowledge of many critical aspects of the bank's operations, structure, personnel, and history."

Some of the information given to Kerry's subcommittee early on, he said, "was untrue." Subsequent information turned over by the CIA "was incomplete." And the Agency "resisted providing a full' account about its knowledge of BCCI until almost a year after the initial requests for the information.... The relationships among former CIA personnel and BCCI front men and nominees, including [Khashoggi partner] Kamal Adham, Abdul Khalil, and Mohammed Irvani, require further investigation..."