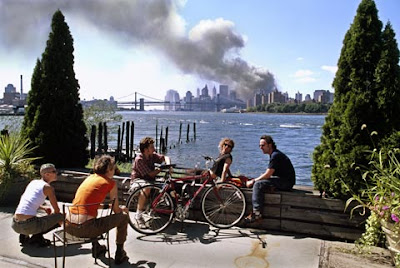 " ... Last summer Langley even created its own Hollywood liaison position; the Agency declined requests for an interview, but sources say its outreach has focused on good-for-recruiting action flicks such as The Sum of All Fears rather than the morally ambiguous narratives created by alumni like Robert Baer, whose memoir was the basis for the Academy Award-winning Syriana. ... What of the fact that some of the Islamist recipients ended up giving shelter to Al Qaeda? 'Charlie Wilson's War will put aside the notion that because we did that, we had 9/11,' Bearden insists. (Perhaps—though the book ends with Charlie Wilson on his terrace the night of 9/11, watching the Pentagon burn.) ... "
•••
TOM HANKS

"Hanks is a member of the National Space Society, serving on the Board of Governors [with Valkyrie Tom Cruise] of the nonprofit educational space advocacy organization founded by Dr. Wernher Von Braun ... "

"Relationships: Roberts's personal life has often been in the spotlight. She has had widely reported romantic relationships with numerous famous men, including Liam Neeson, Dylan McDermott, Kiefer Sutherland, Lyle Lovett, Matthew Perry, and Benjamin Bratt. ... She met Sutherland in 1990, when he was her co-star in Flatliners; he left his wife and children to move in with Roberts. In August 1990, Roberts and Sutherland announced their engagement, with an elaborate studio-planned wedding scheduled for June 14, 1991. Roberts broke the engagement three days before the wedding when she discovered Sutherland had been meeting with a stripper named Amanda Rice. Roberts subsequently went to Ireland with Jason Patric, a friend of Sutherland's. ... "

http://en.wikipedia.org/wiki/Julia_Roberts
•••
Hollywood and the CIA: The Spook Stays in the Picture
By Laura Rozen
December 13, 2007

NEWS: Charlie Wilson's War is only the latest in a string of movies brought to you by CIA insider Milt Bearden.

When the time comes to leave the CIA, what's a spy to do? Two decades ago, Milt Bearden ran a covert war for the U.S. government, delivering Stinger missiles to the mujahideen battling the Soviets in Afghanistan. But when I met the tall, big-boned Texan for lunch last spring, he was fretting about Julia Roberts' pregnancy and how it would affect a post-production shoot in an Afghan refugee camp re-created in the desert near Los Angeles. 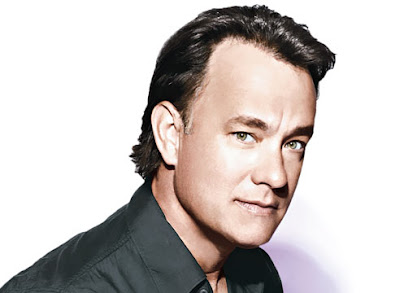 Roberts stars in Charlie Wilson's War, which hit theaters in December. An adaptation of George Crile's book by the same name, with a screenplay by West Wing creator Aaron Sorkin and Tom Hanks in the title role, the film recounts how playboy congressman Charlie Wilson helped engineer the CIA war in Afghanistan. Bearden worked as a consultant on the film, in the process retracing much of his own career.

"Morocco's High Atlas Mountains are ideal for replicating Afghanistan," Bearden mused over lunch at the Ritz-Carlton Tysons Corner, just down the road from CIA headquarters. "But we had some freakishly high winds destroy the refugee camp we had beautifully laid out," thus the reshoot in California. Director Mike Nichols picked his brain, he says, on everything from what a particular room, uniform, or ashtray should look like to how tribal Afghans would have washed their dead.

In the past, says one former Agency official, "Hollywood never cared about getting anything right" in its spy flicks. Now, Bearden and other ex-spooks are in demand among directors who, in the wake of 9/11, are once again obsessed with the CIA. Last summer Langley even created its own Hollywood liaison position; the Agency declined requests for an interview, but sources say its outreach has focused on good-for-recruiting action flicks such as The Sum of All Fears rather than the morally ambiguous narratives created by alumni like Robert Baer, whose memoir was the basis for the Academy Award-winning Syriana.

Bearden's own career at the CIA spanned from the Kennedy era to the Clinton administration, culminating with a top post in the Soviet/Eastern Europe division of the Agency's clandestine service; he also served as station chief in Pakistan and Germany.

"Here's my job description from 1986 to 1989," Bearden says. "Channel weapons and training to the Afghan resistance so they may kill enough troops from the Soviet army to force Moscow to withdraw." Former CIA director Bill Casey gave him a billion dollars a year (with the Saudis kicking in half), he says, "and I bought the real deal: antiaircraft Stinger missiles. That was one of the luckiest jobs in my life. We started clobbering the Russians, just hammered them, until they declared they're out of there."

What of the fact that some of the Islamist recipients ended up giving shelter to Al Qaeda? "Charlie Wilson's War will put aside the notion that because we did that, we had 9/11," Bearden insists. (Perhaps—though the book ends with Charlie Wilson on his terrace the night of 9/11, watching the Pentagon burn.)

Bearden—who is on the advisory board of a group, Conflicts Forum, that encourages dialogue with Islamist political groups shunned by official Washington such as Hamas and Hezbollah—is less charitable about the Bush administration's foreign policy, and especially its breezy declaration of a casus belli against Iran based on Tehran's alleged support for insurgents.

"We changed the rules," he fumes. "We are ready to attack Iran for doing what we did in Afghanistan."

Hollywood discovered Bearden in 1997, when a top U.S. diplomat gave his name to Robert De Niro, who was working on what would become The Good Shepherd, a history of the CIA's early years starring Matt Damon. Soon he and the director set off to the Moscow Film Festival, "and then we disappeared and hung out with the mob and KGB crowd for a while. I introduced him to generals and colonels, the old guys I had been locked with for so many years." After that, De Niro tagged along when Bearden's peripatetic schedule—besides moviemakers, he also consults for a law firm and 60 Minutes—took him to Pakistan. "We wandered around the North-West Frontier Province," Bearden recalls, "crossed the bridge [to Afghanistan] I built years ago, hung out with a bunch of guys firing off machine guns and drinking tea."

The result of all this research vérité was a somber film reminiscent of John le Carré's George Smiley novels. "The movie itself has to be understood on a couple of layers," Bearden says. "One layer is about the origins of the CIA. On another layer, it is about America Incorporated at the time: The guys who went to Yale—I went to Yale—were the sons of the guys who went to Yale who were the sons of guys who went to Yale, and they owned America." The end of the movie, he notes, re-creates a period when John Foster Dulles was secretary of state while his brother, Allen, was head of the CIA, and both of them had connections to the United Fruit Co.—the chief beneficiary of the CIA's overthrow of the elected government of Guatemala. "They have cocktail parties in Georgetown, along with [the New York Times' James] Reston and [the New York Herald Tribune's Stewart] Alsop. And they all used to pop each other with wet towels in the locker room. America Incorporated created these benighted CIA people."

If Shepherd recounted the CIA's preppy origins, Charlie Wilson's War is about what Bearden views as its golden age.

The story begins with Wilson cavorting in a Vegas hot tub and follows him through 9/11. Besides Hanks, the film features Roberts as a right-wing Texas heiress and, in a bit of creative casting, Philip Seymour Hoffman as the late Gust Avrakotos, an operative remembered by colleagues as a "macho Greek" überhawk. "Avrakotos, rest his soul, would turn in his grave if he imagined that the guy who played Truman Capote was playing him," says Bearden.

Eric Roth, who wrote Shepherd (as well as Forrest Gump and Munich) and is now at work on an adaptation of Bearden's Cold War memoir, The Main Enemy, makes no apologies for dramatic license in spy movies.

"Milt is very intelligent and he knows where all the bodies are buried," says Roth. "But what is best for the sense of the piece may not always be factually accurate. We're not making a documentary."

Bearden's own motivation, meanwhile, is driven more by a sense of historical mission. "When I came out of 30 years in the CIA," he says, "I said, 'That's it. I'm done. I am going to write books and make movies.' Why? If I don't tell this story, it will be told by Oliver Stone."