SCAM: BEAR STEARNS - TIMOTHY GEITHNER AND THE BLACKSTONE-BCCI SET UP

The Blackstone Group, a major private equity firm tied to foreign policy influence lobbying groups such as Kissinger Associates, Scowcroft Advisors, and the Madeline Albright Group, had an affiliated spinoff company, BlackRock, a Caymans Island foreign bank associate, evaluate the “fairness” to shareholders of the JP Morgan Acquisition of Bear Stearns. The deal involved a bailout of Bear Stearns creditors directly, and indirectly through cash infusions via the Fed’s open window of lending, including lending billions to Citibank in exchange for mortgage collateral. The lead negotiator of the deal, the President of the NY Fed, Geithner, is a former employee of Kissinger Associates, a Saudi-China lobbying firm, and was appointed to the Fed by Peter Peterson of Blackstone. He also worked for Secretary Rubin at the Clinton Treasury Department. Secretary Rubin is now an executive with Citibank a major beneficiary of the bailout. Citibank has major Saudi shareholders, and as such is not an American bank, per se. Citibank has been investigated for illegal terrorist money laundering activities in the Middle East, and Geithner was an employee at Kissinger Associates when it was engaged in discussions of mergers with BCCI, which was later indicted for drug money laundering. 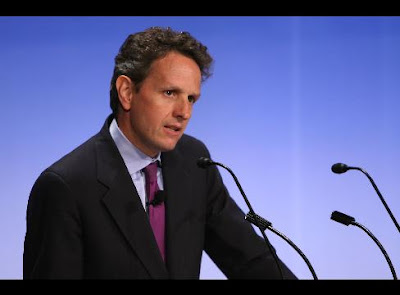 1988: Blackstone forms BlackRock as mortgage investment subsidiary. Its CEO is Peter Peterson, also CEO of the Council on Foreign Relations, for which Henry Kissinger, Brent Scowcroft, and Robert Rubin are officers.

1986: East Asian International economic specialist, Timothy Geithner joins Kissinger and Associates, a major Chinese Financial lobbying firm with strong ties to the Kingdom of Saudi Arabia. At the time both Kissinger and Brent Scowcroft are partners, as well as international economist Alan Stoga. It is not clear whether Geithner worked with Stoga at this time, but his expertise in China would be welcome in its China Joint Venture.

Geithner leaves Kissinger Associates and begins work as a civil servant in the Treasury Department. He is confirmed as Asst. Sec. for International Affairs in Treasury working for Secretary Rubin of the Clinton Administration.[Senior executive at Goldman Sachs and later Citibank a Saudi controlled foreign bank]. Rubin also serves as an officer of the CFR managed by Peter Peterson CEO of Blackstone. 1992 BlackRock is spinoff Blackstone and becomes independent.

http://aconstantineblacklist.blogspot.com/2009/02/project-anthrax-cover-up.html
Posted by Alex Constantine at 1:32 AM

The story of BCCI is quite the clusterfuck. The founder of BCCI, Abedi, had relationships with pretty much anyone who was anyone in the world, all the way from the highly-placed bin-Laden family and their associates in Saudi Arabia to our own dear Jimmy Carter and the Ford Family. It's quite a fascinating story.