Above the Law: Rupert Murdoch Operates Illegally in the UK 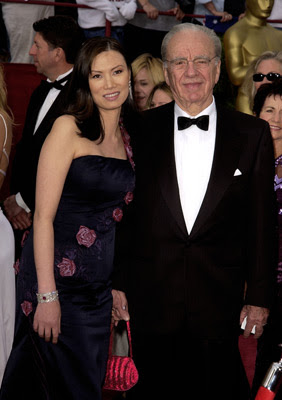 Despite his involvement in Australian organized crime (his business partner, Peter Abeles, was a Mafia kingpin), including heroin distribution and CIA money laundering (see: http://alexconstantine.blogspot.com/2007/08/murder-of-theresa-duncan-jim-cownie.html), Rupert Murdoch's CIA-Mafia status gives him license to engage in fascist propaganda campaigns and globally-reviled raids on major corporations. Across the Atlantic, a single Thatcherite trade minister violated British law by giving Murdoch a monopolization waiver in his illegal purchase The Times. Given his ties to the Langley and Sicily, there has never been a better prospect for a Congressional/Parliamentary investigation.

See: "The London Times and Rupert Murdoch's Illegitimate Monopoly Waiver in the UK"
http://aconstantineblacklist.blogspot.com/2007/08/london-times-and-rupert-murdochs.html
Posted by Alex Constantine at 12:06 PM