Goat Had Threatening Note In Its Mouth, Police Say 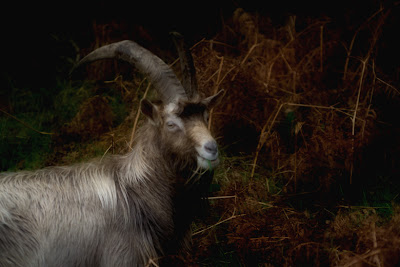 MILWAUKEE -- In the movie "The Godfather," a horse's head was used to intimidate, and that's what Milwaukee police said they think is behind the discovery of a bloody goat's head at an attorney's office.

Prominent Milwaukee-area defense attorney Robin Shellow has represented hundreds of clients, many of them convicted criminals, reported WISN-TV in Milwaukee.

So, the list of people who may have an ax to grind is long.

The severed head of a goat was found near the corner of the building stuffed inside a pink gift bag.

A note, which police described as threatening, was in the goat's mouth. It contained a name, but apparently not the name of a suspect.

So far, Milwaukee police have been unable to trace where it came from. They have checked area meat-packing plants but found none that processed goats.

Shellow may be best known recently for representing one of the men convicted of slashing the tires of Republican campaign workers in Milwaukee during the 2004 presidential race.

She gave an apparent tongue-in-cheek statement:

"August 27th was a full moon and also a lunar eclipse. It is my understanding there haven't been any of our elected officials' sons or daughters charged with slashing tires or voter fraud, and since I haven't invented any new criminal defenses for any clients in the last few months, I assume the individual was trying to get my attention."

She said that whomever it is has her attention and that of police.
Shellow's comment about inventing a defense is a reference to national notoriety she gained in the 1990s for using the stress children suffer growing up in poverty as a criminal defense.

Police did not reveal what the note said.