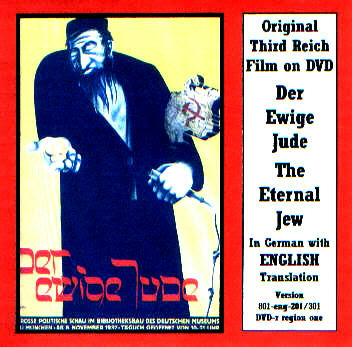 DW-WORLD.DE spoke with film expert Gerd Albrecht about movies in the Third Reich and the fate of party-loyal filmmakers after World War II.

Gerd Albrecht has been studying film and cinema since the early 1950s. He was one of the first West German film historians to write about film policy during the Nazi regime.

DW-WORLD.DE: Your book "National Socialist Film Policy" appeared in 1969. Why was it so long after the war before anyone tackled the topic?

Gerd Albrecht: In 1945, the allies banned the showing of films made during the Nazi era. They also confiscated important documents. Harmless films were soon released to the public, but in the 1950s they still had some 250 politically dubious films under lock and key. The Western allies only relinquished their privileges as an occupation force in 1955.

The German government, which had inherited the nationalized German film industry, was quick to attend to the business of ensuring the industry's survival. The assignment to research National Socialist film policy was commissioned in 1959. It only became clear over time that the propagandistic aims that found expression in some 1,100 films needed to be examined more carefully.

My research took 10 years despite substantial support from the German government because both the documents and the films were widely scattered.

What characterized Nazi film policy? Was it largely shaped by Propaganda Minister Goebbels?

Joseph Goebbels was in charge of film policy in the Third Reich
The first and foremost aim of National Socialist films was to entertain. They were intended to be escapist and offer reassurance in the face of everyday hardships. The further that these films were removed from reality, the better they functioned in National Socialist terms. Almost all references to political life and the everyday life of the viewers were missing. Any critical reference to contemporary reality was forbidden.

Only a fraction of the films had direct propagandistic aims. In these, National Socialist ideology was presented as an ideal and impressively staged. Goebbels initially wanted 50 percent of the entire film output to be propaganda, but in the end, only 15 percent were.

Goebbels decisively shaped contemporary film production. He could almost always be sure he had the backing of Adolf Hitler. Both of them were not only enthusiastic film viewers, but they also had a firm grasp of this medium. Goebbels watched the majority of feature films before they were premiered. He made changes in many cases.

According to your research, less than 15 percent of films produced under the Nazis were war and propaganda films. Who went to see what?

Famous stars like Zarah Leander lured people to the cinemas
The small group of propaganda films was, on average, seen by many more people than the apolitical films were. These films were in more cinemas because of tax breaks and political pressure. Secondly, viewers liked going to see these films. They were better made and were cast with more prominent actors. Since you could also be sure to encounter Nazi propaganda, people would learn what they should say about political issues in general.

As a result, box office figures for these films were, on average, 50 percent higher than the proportion of film production given over to them. They accounted for one in four or one in five cinema visits. During the war years, in particular, they reached 15 to 25 million paying viewers.

Were there Nazi directors and Nazi actors? Would people like Leni Riefenstahl and Zarah Leander have become well known without the Nazis?

Of course, some of the directors and actors were National Socialists, along with other film people. As in the population at large, some were passionate Nazis, the others more half-hearted. Some were opportunists and while some were critical, they didn't voice criticism openly. People like Leni Riefenstahl, Zarah Leander and Veit Harlan would have become famous in the industry without the Nazis. But in the case of Karl Ritter it's questionable whether he would have been able to shoot his 14 films considering how wooden they were.

What happened to the directors and actors who worked for Hitler after the war?

The directors and actors who worked during the Third Reich on behalf of the regime were quickly able to resume their work after the war although there were differences between East and West Germany. While Allied-German de-Nazification courts did impose professional bans of various lengths and, in some cases, financial penalties, it wasn't long before filmmakers were back behind the camera — Veit Harlan was the only one to appear before a proper court on charges of crimes against humanity in "Jud Süss" (The Jew Süss) in 1940. He was acquitted both times – under the jurisdiction of the occupying forces. It was ruled that "Jud Süss" did represent a crime against humanity, but it was found that he was acting under pressure. In 1950 he was able to resume filming in Germany.