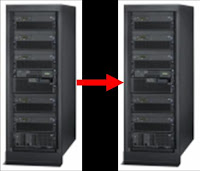 After a spate of data losses traced to the use of Winny filesharing software in various sensitive Japanese environments (military warships, hospitals, police departments), it has been reported that a Japanese police officer has been sacked over a disclosure where several thousand sensitive police records went missing from his system. While there is some argument about the efficacy of this step, a number of senior officers are also facing scrutiny over the incident.

Unfortunately, major new disclosures continue to make news. US military personnel have again been affected by the loss of data from a service provider. This time, SAIC, a support services contractor, acknowledged that more than 500,000 serving military members could be at risk of Identity theft after SAIC failed to adequately protect and transfer data (unencrypted and across the Internet). As more details were released after the initial disclosure, it became known that almost 900,000 personnel may have been affected, including family members and government employees. 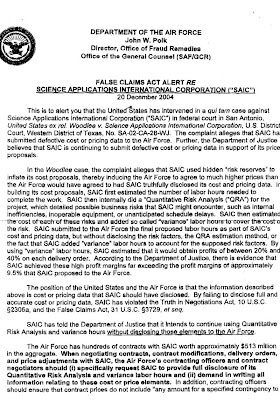 SAIC FRAUD ALERT issued by the US Air Force (click to enlarge)
http://www.taf.org/saicfraud.htm

In an admission that is concerning in the modern data risk management environment, SAIC admitted that the data at risk was stored completely unprotected on a single server at a smaller SAIC site. While the data was at risk during unprotected transmission across the Internet, SAIC indicate that the disclosure took place while the data was being processed.

Even though the USAF alerted SAIC to the breach in late May, the information wasn't disclosed until much later.

While reporting of mass personal and financial data losses has largely been focussed on North America, other countries are not unaffected by the problem. The Australian Westpac banking group has reissued thousands of VISA cards after a disclosure at an unnamed third party vendor.

Finally, after a curious web surfer discovered that Fox had left a number of their directories without no-Index protection (i.e. entering the URL for that directory would lead to a list of the contents), a basic shell script was found that provided FTP access to a ZDNet server. While the disclosure of directory contents isn't much of a concern for most sites, the FTP account that was discovered provided access to records for around 1.5 million individuals, along with access to sensitive ZDNet business documents.

It has been reported that the hole has since been closed off, but in this instance the initial reporting and management of the discovery reflects poorly on the Information Security researchers who discovered it and publicised the discovery. Even if the first set of people to be notified of the breach did not actually access the ZDNet server, the complete disclosure of the authentication parameters meant that someone would soon be poking around in the system for malicious purposes. While ultimate responsibility for the disclosure rests with Fox, the incident displays a significant ethical lapse for the Information Security researchers involved (and for the wider industry - as the details were replicated across numerous sites without consideration for their sensitivity).

http://www.beskerming.com/commentary/2007/07/25/230/US_Military,_Aussie_Bank,_and_Fox_Network_Affected_by_Further_Data_Loss
Posted by Alex Constantine at 1:15 AM