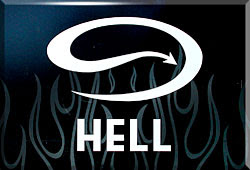 A NEW Zealand ad campaign showing Adolf Hitler clutching a piece of pizza in a Nazi salute has been withdrawn after complaints from the public.

The billboards advertising the Hell Pizza chain were part of a series showing famous people from history.

The image along with a quote from the Nazi leader - "It is possible to make people believe that heaven is hell'' - was used on billboards in four of New Zealand's main cities.

''(We) thought that people would be able to see a funny side to a guy doing a 'sieg heil' salute with a piece of pizza in his hand,'' said Kirk MacGibbon of the Auckland-based Cinderella advertising agency.

"If you laugh at something, you take its power away. But there are certain things we are still unable to laugh about,'' said Mr MacGibbon said.

The signs would be taken down.

"We have had a handful of complaints from people of Jewish origin who were offended by the use of Hitler,'' he said.

But the pizza chain appears sure to keep offending someone.

One of the Hitler billboards in the southern city of Christchurch was replaced by another showing Pope Benedict XVI over the quote: "Hell is real and eternal.''

Catholics and others were offended last year when Hell Pizza delivered condoms to letterboxes throughout New Zealand to advertise the "Lust'' pizza, one of seven varieties named after the deadly sins.

With what sounded like one of the other deadly sins, pride, Mr MacGibbon said: "That became New Zealand's most complained-about campaign ever.''