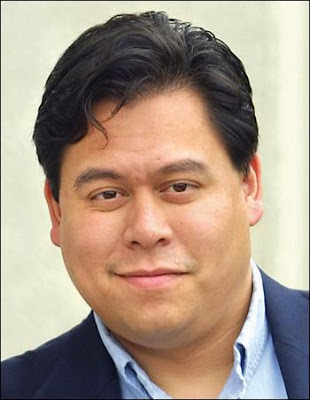 — The chairman of the Clark County Republican Party — who last month was elected president of the Young Republican National Federation — has resigned both posts, apparently in the wake of a criminal investigation.

On Tuesday afternoon, Glenn Murphy Jr. e-mailed media outlets a letter announcing his resignation from both positions, citing an unexpected business opportunity that would prohibit him from holding a partisan political office.

However, the Clark County Sheriff’s Department on Friday began investigating Murphy for alleged criminal deviate conduct — potentially a class B felony — after speaking with a 22-year-old man who claimed that on July 31, Murphy performed an unwanted sex act on him while the man slept in a relative’s Jeffersonville home.

Murphy, a 33-year-old Utica resident, has not been arrested nor has he been charged with a crime. A copy of the police report has been posted on an politically focused Internet site and another was provided to a reporter with The Evening News and The Tribune on Tuesday evening.

A reporter was unable to reach Stewart on Tuesday evening.

In 1998, a 21-year-old male filed a similar report with Clarksville police claiming Murphy attempted to perform a sex act on him while he was sleeping. Charges were never filed in that case.

In the letter he e-mailed to a reporter on Tuesday, Murphy says that on Friday he learned that he had been awarded a contract he had bid on more than a year ago, and that one of the stipulations of the deal is that Murphy could not hold a partisan political office.

In the letter, Murphy wrote: “My company (Utica-based December Media) bid on a very large project more than a year ago. It was a job that I thought I would never get in a million years — one that could transform my company and do in one year what I could ordinarily do in five. Well, I got the job Friday.

“... It was perfect timing for the county chairmanship that I was transitioning out of anyway, but terrible timing for my volunteer Young Republican position that I had just worked so hard to achieve.

“My family sat down with me Saturday evening to look at things from every angle. We determined that if I didn’t take the job, there could potentially never be that type of opportunity again and I would be shorting the security of my future and the future of my family. I prayed with my family, and we determined that I have to take this opportunity for my long-term security.”
Murphy spoke with a reporter via telephone only briefly after sending the e-mail. The conversation occurred before The Evening News and The Tribune obtained copies of the police reports from last week and 1998.

During the conversation, Murphy seemed optimistic about the business opportunity and said he believes his resignation will have little negative impact on local Republicans, because he has been planning on leaving the county post since being elected president of the Young Republican National Federation last month.

Clark County Republican Vice Chairwoman Connie Sellers will serve as the party’s interim chair until a caucus takes place in about two weeks, Murphy’s letter indicates. Jessica Colon, of Texas, will replace Murphy with the National Young Republican Federation. Murphy was elected to the national post last month during a convention in Miami.

Sellers said Tuesday she is still working with state GOP leaders to coordinate the caucus and that no time, date or place have been set. Murphy has served as a local GOP officer for 10 years, including seven as chairman.

Wilder expressed concern that the investigation into the most recent allegation against Murphy would be tainted, given that the police report was made public, which Wilder claims is a violation of state law.

“The police report was disseminated on the Internet before I had my copy of it. I actually had to get my copy of it off the Internet,” Wilder said.
“I don't know how that happened,” Sheriff Dan Rodden said. “There’s a multitude of ways it could have gotten out. I don’t know how I’ll pin it down.”

Rodden declined comment on the allegations against Murphy, referring a reporter’s questions to Stewart.

According to a pair of police reports, the alleged victim and his sister claim Murphy contacted them several times after the alleged incident occurred to inquire as to whether they were going to file a report with police.

• When Glenn Murphy Jr. took over as Clark County Republican Party Chairman seven years ago, there were no elected officials from the GOP in Clark County. Today there are 23, including all five members of the Sellersburg Town Council and three members each on the Clark County and Jeffersonville councils.