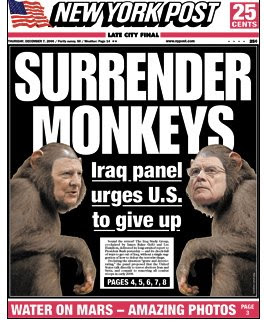 WASHINGTON, Aug 2 (IPS) - Australian media mogul Rupert Murdoch added one of the most respected brands in journalism to his already vast media empire this week.... In the midst of a very public negotiation which had much of U.S. journalism recoiling in horror, Murdoch also announced his intention to launch Fox Business Network, which will begin broadcasting this October.

And it appears the News Corp. Chairman has every intention of using the journalistic resources of Dow Jones to bolster his fledgling business channel.

"Murdoch has a long and sordid history of discarding the accepted norms of honest journalism in order to advance his own political and corporate agenda," wrote Eric Boehlert, a senior fellow at Media Matters in America, in a statement published on the progressive media watchdog group's website.

"Of particular concern is Murdoch's plan to use the Journal to help launch the Fox Business Network, which will be overseen by Fox News boss and former Republican strategist Roger Ailes," Boehlert said.

The convergence of Dow Jones and Murdoch's FOX Business Network makes the NBC-owned and operated CNBC a prime target. In 1997, CNBC formed a strategic alliance with Dow Jones, including content sharing with Dow Jones Newswires and the Journal and the rebranding of the channel as "a service of NBC and Dow Jones."

Yet Murdoch and Ailes have criticised the channel for not being business friendly. "Many times I've seen things on CNBC where they are not as friendly to corporations and profits as they should be," Ailes told the New York Times.

"They [Murdoch and Ailes] say they are going to challenge this pernicious bias. Their argument is that CNBC is too anti-business, but that's hard to fathom if you've ever watched it," Peter Hart, a media analyst at Fairness and Accuracy in Reporting (FAIR) told IPS.

While the coupling of Dow Jones and the new FOX venture is a victory for proponents of media consolidation, much of the anger throughout the journalist community has been directed at Murdoch's acquisition of the Journal -- a publication many in the U.S. believe to be the most respected name in business reporting.

Critics have decried the Dow Jones sale, arguing that Murdoch has rarely improved any news media company he has purchased, and that he will in all likelihood turn the highly respected Journal into a mouthpiece for his own political views, as he has done with the Fox News Channel.

While the Journal isn't exactly a beacon of liberal opinion -- its editorial pages boast some of the most right-wing and conservative voices in the U.S. -- the paper remains an iconic publication known for its serious and credible reporting tradition. Negative sentiments were voiced by Journal reporters themselves, who, when speaking on the condition of anonymity to the Los Angeles Times, reacted bitterly to news of the sale.

The fear is that Murdoch will imbue the Journal with the same sensationalism and, it is widely acknowledged, biased news coverage found on Fox News and in the pages of the New York Post. Thirty years ago, Murdoch purchased the liberal tabloid for 30 million dollars and promised not to alter it. Currently, the paper is regarded as a right-wing gossip rag.

"Murdoch doesn't practice journalism; he molds diverse media into a single voice. It's a dangerous uniformity -- threatening the democratic discourse a free press sustains as well as enabling wars by conniving with bellicose politicians," wrote John Nichols in a report in the Nation magazine.

In a letter published Wednesday in WSJ, publisher L. Gordon Crovitz reassured readers that his staff would work diligently to maintain the newspaper's editorial independence and to continue practicing accurate journalism.

In fact, he wrote, "accurate and independent journalism" was the first topic discussed by Murdoch and Bancroft family during the negotiations. According to Crovitz, the News Corp. Chairman told the Bancroft family that "any interference -- or even a hint of interference -- would break the trust that exists between the paper and its readers, something I am unwilling to countenance. Apart from breaching the public's trust, it would simply be bad business."

In order to safeguard long-standing standards of conduct -- among them "no hidden agendas" and a promise to accurately and fairly represent "the facts" -- a special committee was created to protect the Journal's newsroom from attempts to steer coverage that may advance Murdoch's interests.

While Murdoch may not initially tamper with the editorial content of the Journal, his ownership does place him in a position to directly challenge the New York Times. It would not be surprising if Murdoch engaged in a less overt campaign to woo advertisers away from that paper by offering cheaper advertising rates, according to Hart.

"That's the playbook. Go after you competitors, go after their ad rates so they lose the support from advertisers," said Hart. "You have to have money to push a price war, and if [Murdoch] did that, there would be no surprise."
Posted by Alex Constantine at 4:40 PM