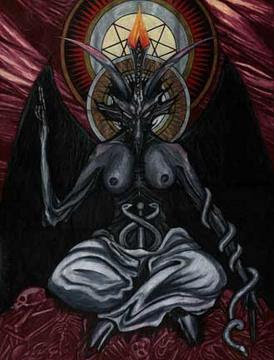 We'd be hearing about "false memories" again (based on fraudulent child psychology "experiments" of the sort fabricated by Elizabeth Loftus) from the CIA's cult apologists, eg. the FMSF or S.M. Elliott's disinfo-blog, but this time the child didn't live, and the killer confessed. They'll have to invent new reasons why the accused must be innocent so the public can go around parroting frauds, as usual, citing false statistics and bad-mouthing the victims, because the Mockingbird media won't report honestly on mind control issues and Good Germans take their programming without a note of skepticism. - AC 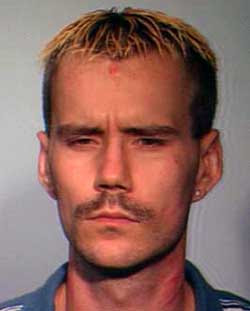 In a probable cause affidavit, 24-year-old Jason Lambert says satanism affects his ability to care about his child.

The affidavit shows Lambert said the baby was crying at the time of the incident, and that he has a hard time controlling his temper.

Lambert made his first appearance in court Tuesday morning. He'll likely be back in court by the end of the week.

It all started Friday, when paramedics and police were called to an apartment at the Coldwater Crossing complex, on a report of a child not breathing. By the time they got there, the baby had died.

An autopsy showed the child was the victim of a homicide. That's when police arrested Lambert, and charged him with Battery to a Child Causing Death, and Neglect of a Dependent Causing Death.

Police also questioned the baby's mother, but she is not under any suspicion and will not face any charges.
Posted by Alex Constantine at 11:25 AM