" ... Labor frontbencher Anthony Albanese said the meeting was highly suspicious. 'Exclusive Brethren don't believe in voting but do believe in interfering in election campaigns, and they have a history not only of covert funding and also engaging in personal attacks and smears against non-extreme right-wing conservative candidates,' he said ... " 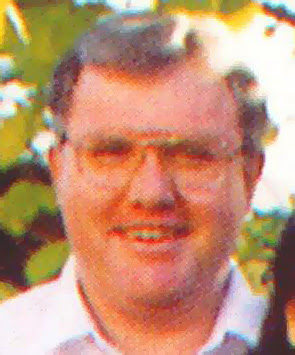 KEVIN RUDD considers the Exclusive Brethren an "extremist cult" that breaks up families and is bad for Australia.

He has rejected its requests in the past for a meeting and said yesterday he had no intention of changing that policy.

John Howard considers the secretive religious sect a "legal legitimate organisation" and said there was nothing untoward about meeting them.

Peter Costello, who has also met the Brethren on occasions, agrees. "This is no crime. In fact the crime would be if a Member of Parliament refused to meet someone on the basis of their religious convictions."

Labor and the Government had daggers drawn over the Exclusive Brethren yesterday after it emerged Mr Howard met a delegation of its leaders in his Parliament House office two weeks ago.

The Brethren bans its members from voting, forbids its women from going to university and does not allow the use of computers.

At the August 8 meeting was Mark McKenzie, a Sydney pump salesman, whose former company Willmac funded the pro-Howard advertising. This spending was referred by the Australian Electoral Commission to the Federal Police, which is still investigating.

Labor frontbencher Anthony Albanese said the meeting was highly suspicious. "Exclusive Brethren don't believe in voting but do believe in interfering in election campaigns, and they have a history not only of covert funding and also engaging in personal attacks and smears against non-extreme right-wing conservative candidates," he said.

"Increasingly, [we see] a desperate Prime Minister who is prepared to associate even with sect organisations like Exclusive Brethren in order to hold onto his seat."

Mr Howard said funding was a matter between the Liberal Party and the Brethren but there was nothing wrong with him meeting them.

This is no crime. In fact the crime would be if a Member of Parliament refused to meet somebody on the basis of their religious convictions.

PETA DONALD: But for the Greens Senator Bob Brown the Exclusive Bretheren are different to other religious groups.

It's a sect which doesn't allow its members to vote or to engage in military service.

PETA DONALD: It's also a sect whose members have spent hundreds of thousands of dollars on attack campaigns against the Greens in state elections in Australia, and New Zealand. Its members have bankrolled pro-conservative ads in the US and Canada. Its leaders are based in the Prime Minister's Sydney electorate of Bennelong - where one member's former company spent $370,000 on pro-John Howard ads at the last election.

The leaders of Exclusive Brethren don't speak to the media. A spokesman says the opportunity to meet the Prime Minister came up at the last minute. He says the leaders offered prayers, and talked about the economy - but politics and campaigning at the next election wasn't discussed.

BOB BROWN: It converts from the prayers offered in the Prime Minister's office, into the advertisements in the newspapers in Bennelong, and elsewhere, favouring this Prime Minister over Labor and Greens contenders.

Fine, but let that be open.

The Opposition leader Kevin Rudd has refused to meet the Brethren - and he's suspicious Mr Howard has.

KEVIN RUDD: I believe this is an extremist cult, and sect. I also believe that it breaks up families.

I think Mr Howard has a responsibility to level with the Australian public, how much money has the Exclusive Brethren given the Liberal Party, what was the content of his most recent meeting with the Elected Vessel, and what undertakings have been given.

Mr Howard needs to be fair dinkum with the Australian community, rather than pretending this is just, quote, some other group. They are not. They split families, and I am deeply concerned about their impact on communities across Australia.