The White Knights of America 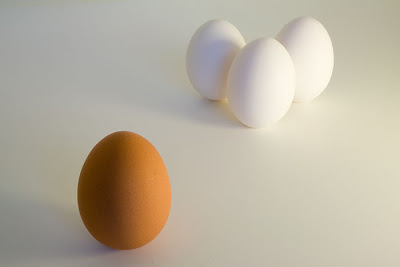 This brazen buzzard found out firsthand just how much he's despised by car-peddler Rusty Childress' confederates while crashing (in disguise) one of the wing-nutty gabfests Childress holds every Thursday night at his Phoenix KIA dealership.

Assembled anti-immigrationists spent a whole half an hour ranting and scheming about this blushing bird-of-paradise. My, this flamingo was flattered! Even if what folks had to say was way ass-backwards.

Rusty himself addressed the kooky congregation concerning this bill-bearer, accusing New Times via The Bird of trying to hit his dealership "in the wallet." Rusty vowed that his organization, United for a Sovereign America, would hit back by pressuring advertisers to drop their New Times accounts.

Uh, thing is, Rusty, this rascally raven has never called for people to boycott Childress Kia. It couldn't care less if Zonies purchase Korean-made autos there. All this avian's done is shine a light on your activities, your support of white nationalists like J.T. Ready, and your hospitality toward certain unsavory individuals.

For instance, at the meeting this mockingbird attended, a member of the Tonopah-based organization White Knights of America, whom The Bird recognized as John Watson, a.k.a., John the Scot, assailed New Times, claiming there were no white supremacists at the June 16 anti-immigration rally, or in the White Knights, for that matter. This, despite a moniker borrowed from the more famous group of White Knights — those donning hoods and burning crosses in the Ku Klux Klan.

A glance at the White Knights' Web site at whiteknightsofamerica.com leaves little doubt about their racist raison d'être. Not only does the site defend David Lane, founder of The Order, a white supremacist gang that terrorized America in the '80s, it's full of quotes like, "We especially oppose homosexuality and liberalism! Only through Racial Honor can we reclaim our People and pull ourselves up . . . out of the mud!!" And, "We, the White Knights of America, an organized Party of Aryan Loyalists, define our Cause as such: Folk and Fatherland."

Now, that ain't no chess club, chickadees. Watson, who speaks in a heavy Scottish accent, went on to assert that this talon bearer's "a supporter of NAMBLA [the North American Man-Boy Love Association] and is pro-pedophilia."

NAMBLA? Er, no. But NAFFLA, yes. That's the North American Falcon-Femmebot Love Association, of which this beaker is Tailfeather in Chief. The pro-pedophilia thing must be projection on the part of the tartan 'tater-head. This peacock prefers of-age skirt-bearers. Jailbait need not apply.

By the way, this pelican does recall chatting with John the Scot at the June 16 March for America demo at the state Capitol, where haggis-boy explained how the Holocaust was a hoax and Adolf Hitler wasn't such a bad bloke after all. Supposedly, the Scot is a legal immigrant. But if this is what we get when folks follow the rules, this gull will take the illegals any time.

Stephanie Harris of Mothers Against Illegal Aliens wondered aloud if it might be possible to "sue the Bird." What, for speaking his mind, Steph? Can someone please explain the First Amendment to this pinhead? In any case, Señor Rusty pooh-poohed Steph's palaver regarding litigation as unrealistic.

Harris' buddy, Carol Hand, then came up with an even more genius idea: Childress' group should "file a restraining order" against The Bird. Talk to the hand, Hand. The Bird hasn't threatened you or your cohorts; he's just called y'all out on your anti-immigration wackery. There's no restraining order against the truth.

At some point, this pony-tailed cat Butch took the mic, detailing his plans to send out different form letters to "major advertisers" with New Times. He asked that everyone in attendance sign a letter so he could send it for them, or he'd take their e-mail addresses and send them one.

The Bird's seen several versions of such snail-mails. They accuse this beetle-nosher of making fun of "disabled veterans," when there's only one he's made fun of, a nasty ol' coot who wears a dirty INS hat at anti-immigrant protests and could pass as the live version of Yosemite Sam.

Sorry, but being a veteran, while noble, doesn't insulate the likes of this Buffalo chip from censure. Oklahoma City bomber Timothy McVeigh was a veteran of Operation Desert Storm. American Nazi party founder George Lincoln Rockwell hunted Axis subs in the Atlantic for the Allies during WWII. And Hitler himself won the Iron Cross, Second Class, while serving in the Bavarian Army during WWI. Just because you've carried a gun doesn't mean you're freakin' Audie Murphy, bubba.

Apparently, Butch has been assigned the job of digging up dirt on this ornery oriole. What has this white-trash version of Columbo "uncovered"? All the stuff from The Bird's freelancing heyday in La-La Land, when he simultaneously wrote for New Times L.A. , salon.com, the L.A. Times, While You Were Sleeping, Hustler, and a now-inactive online pub called gettingit.com. This winged wordsmith penned everything from a regular series called "Cooking with the Porn Stars" to a profile on the mesmerizing Pommela de Terre, who carved stunning likenesses of her models' male appendages from Idaho spuds. Yes, this parakeet did "pose" for Pommela. Only wish she'd had a bigger potato to work with, though she said (sigh . . .) she didn't need one.

But since Rusty and his lackeys are trying to make hay of these articles in letters to New Times advertisers, may this devilish dove point out that Rusty's certainly been no saint. His site, rustychildress.com, features a series of photos from several trips to Mardi Gras, in which ribald Russ captured numerous flashing femmes on Bourbon Street, including one of a woman exposing her vagina. There's also a pic of Rusty with a topless chick that's tagged "Jamaica Hedonism," an apparent reference to one of a couple of clothing-optional Jamaican resorts that are, as wikipedia.org relates, "well-known for the liberal sexual, drug, and alcohol attitudes of the guests."

Not that this earth-scratcher's against pics of naked chicks. In fact, The Bird's blogging twin, Feathered Bastard, features a sample of Rusty's ripsnortin' snaps — along with links to this plumed penman's randy writings of yore.

Pot calling the kettle a blackbird? Decide for yourself whether the Kia-peddler/bigot's the hypocrite he appears to be.

Whenever The Bird's First Amendment hero Larry Flynt's in the Zona for a public appearance, this feisty finch makes a beeline for wherever he's parked his gold-plated wheelchair to pay respects.

"I see hypocrisy as a serious threat to democracy," explained Flynt in his trademark Kentucky drawl. "It's not that I want to expose somebody's sex life. I'm for privacy in that area, and I've always advocated it. A lot of people attack me by saying, 'All you want is to expose their sex lives.' That's not true. We want to try to get hypocrisy out of Congress."

Flynt was speaking of his full-page June ad in the Washington Post announcing a million-dollar reward for proof of a sexual indiscretion with a member of Congress or a high government official. A similar ad published in 1998 led to the political downfall of Representative Bob Livingston, shortly before he was to become Speaker of the U.S. House.

Flynt says Hustler's received about 250 leads so far from the new ad, many of them dead ends.

Flynt confirmed that two items involve closeted gay Republicans who've voted against gay-friendly legislation. He denied that he's after only Republicans but admitted they're "so much more fun" because they're more repressed.

This rotund robin recalled the fact that Flynt actually ran in the Republican Presidential Primary against Ronald Reagan, but Flynt laughed that off.

"That wasn't a serious campaign," Flynt recalled. "In '84, he was running unopposed [in the GOP primary]. I said I want to run against Reagan because I'm wealthy, I'm white, and I've been shot for what I believe in."

Flynt was paralyzed from the waist down in 1978 when a white supremacist angered by an interracial photo spread in Hustler ambushed him and his lawyer outside a Georgia courthouse. And while the New Times-hating Childress organization's welcomed at least one white supremacist at its meetings, Flynt advised The Bird to carry on.

Why? Because of the First Amendment that Flynt fought for in his epic legal battle against televangelist Jerry Falwell. In that case, the U.S. Supreme Court denied Falwell damages against Hustler, which had run a parody of a Campari ad in which the preacher describes having sex with his mother in an outhouse.

While Flynt had other than altruistic reasons for battling Falwell, the case's guaranteed the press freedom to lampoon public figures, even if those famous people are distressed by the satire.