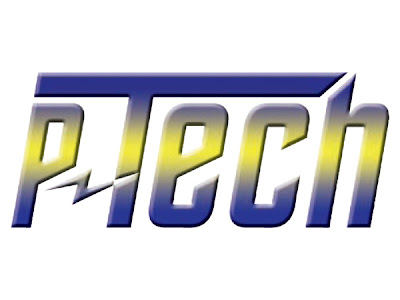 There is a simple but effective Himmlerian approach to propaganda employed widely since 9/11 that combines the limited hang-out with a tactical lie, a clever sleight of hand: the eye is fixed on the hang-out, so the lie passes without comment. The Birch Society - a hot bed of cold war intrigues - plied the technique, accusing the Eisenhower administration of numerous conspiratorial atrocites - many of them committed in fact by Birch nazis in the military-industrial sector - going so far as to denounce him as a "communist agent."

Daniel Hopsicker, for example, melds CIA scandal with Mohammed Atta's antics to reinforce the notion that the Bin Laden organization was behind 9/11. The formula that places the CIA and Atta - or "the mastermind of 9/11," per Hopsicker, an echo of Bush's shallow rhetoric - in league supports the administration's charge that storm clouds of Islamo-Fascism hailed death and devastation on Manhattan. And that's the purpose of Daniel "NBC" Hopsicker's reporting, to reinforce the programming and give the cover story some artificial limbs to stand on.

The famed Ptech story embodies the same brainwash formula. The CIA and a Boston software firm are lumped with Qaeda to build on the programmed belief that Bin Laden was behind 9/11.

Yes, there does seem to be a scandal stewing, and it implicates Cheney and insidious others - it will go nowhere, like Hopsicker's CIA-drug scams - but the story hooks conspiracists and provides nourishment to the belief that a muslim "flying circus" took down the Trade Center, not the Bush regime. Much is assumed - and this "scandal," too, reinforces the cover story - in the role of Ptech.

It can't, won't, will not be confirmed, but this conspiracy theory lingers to sidetrack and scapegoat.

Any theory that says otherwise promotes the intelligence community's propaganda initiative, even those implicating spooks. Hopsicker and Indira Singh - formerly of Morgan banking interests and DARPA - are not investigative reporters ... they are Birch-style propagandists who promote tripe to shift responsibility to designated scapegoats, eg. the Saudis (who scapegoat the U.S. in return to take the heat off the sand Royals).

Hopsicker, of course, lauds Ms. Singh to shore up her baseless credibility: "Last week, when the National 9/11 Commission held hearings on The Aviation Security System and the 9/11 Attack, government and aviation officials described a system unprepared for the events that unfolded on September 11. None of them, however, mentioned security breaches involving 'Saudi terrorists in the basement of the FAA.' Yet that's what happened, according to a high-level risk analyst who had troubling dealings with the firm. 'Ptech had a couple of very troubling client relationships,' states risk architect and whistleblower Indira Singh, 'one of which was with the FAA. One of the 'persons of interest' in the investigation had a team in the basement of the FAA for two years. P-tech worked on a project that revealed all information processes and issues that the FAA had with the National Airspace Systems Agency, NAS,' Singh said. 'The project included incident investigation, law enforcement, military aviation systems, highly sensitive information, especially if you wanted to exploit the FAA’s current capabilities and holes… to jam or slow down U.S. military response to a domestic hijacking, for example.' Just the portion of the story above the waterline and already public record is shocking enough: Briefly, Saudi 'money man' Yasin al-Qadi, named by the Bush Administration as a financial backer of the al-Qaeda terrorist network, had funded a software start-up in Boston named Ptech, reported the Boston Globe over a year ago.... " (Source: http://www.madcowprod.com/mc4522004.html)

Chilling scandal ... the adrenals secrete and the hairs stand on the back of the neck ... a blogger (the name is not important) falls for it:

"Remember Ptech? That's the Boston software firm financed by Saudi businessman Yassin Al-Qadi, who also happens to be an al Qaeda bagman, whose clients happened to include numerous sensitive US federal branches and agencies, including the FAA, the FBI, the military and the White House.

"A little background, from the mainstream, even, thanks to WBZ-TV:

"Joe Bergantino, a reporter for WBZ-TV's investigative team, was torn. He could risk breaking a story based on months of work investigating a software firm linked to terrorism, or heed the government's demand to hold the story for national security reasons. In mid-June, Bergantino received a tip from a woman in New York who suspected that Ptech, a computer software company in Quincy, Mass., had ties to terrorists. Ptech specialized in developing software that manages information contained in computer networks.

"Bergantino's investigation revealed that Ptech's clients included many federal governmental agencies, including the U.S. Army, the U.S. Air Force, the U.S. Naval Air Command, Congress, the Department of Energy, the Federal Aviation Administration, the Internal Revenue Service, NATO, the Federal Bureau of Investigation, the Secret Service and even the White House.

"Ptech was doing business with every federal government in defense and had access to key government data," Bergantino said. ...

"Bergatino's tipster was Indira Singh, who has said she recognizes the separate command and control communications system Mike Ruppert describes Dick Cheney to have been running on September 11th as having "the exact same functionality I was looking to utilize [for] Ptech. ... "
••••••••••••••••
Blogger "bin'dare" responds:

Ptech may well have been a CIA asset but it certainly was not an example of "Al-Qaeda terrorist" infiltrating american government. Yet that is what Indira Singh claimed initially and in the process destroyed a rather promising company. Why? Was it because it was founded and run by a muslim with a number of muslim workers? That is certainly what gave the accusation traction.

Now she claims Ptech's software is the type that Ruppert says Cheney used on 9/11. How did she recognize it?

She says: "I was looking to set up a shadow surveillance system on everything going on, every transaction and the ability to backdoor, to look at information unobtrusively and to backdoor intelligent agents out there to do things that other people would not be aware of."

She is either lying, and if not, what the fuck is a consultant for a bank doing creating backdoor intelligent agents (i'm assuming these are software agents, not the physical thing)?

She stinks to high hell.

In response to the following headline, she said "I am sure the families of the victims of 9/11 will be glad to hear that."

Rumored links to terrorism doomed business: But owner of former Quincy company has no hard feelings

QUINCY - The Marina Bay software company raided by federal agents in late 2002 has become a ‘‘virtual company'' with no offices or staff.

Publicity about a Customs Service raid on Ptech's headquarters made it impossible for the 10-year-old company to attract new clients, CEO Oussama Ziade said yesterday.

So it laid off the last of its 50-person work force in October, shuttered its office, and now markets its technology through a third party
(more)

bin'dare-- you may be right about ptech and you've expressed doubts about Indira Singh before. What's your take on her? Is she simply full of it or a disinfo agent (or both)?

spooked: i posted a longish piece on Indira Singh, it has not yet appeared. If it is still not here later, i will try to post it again tonight.

The bottom line is this: Indira Singh has publicly called Ptech "Effectively an Al Qaeda corporate cell", if this is true then Al-Qaeda is for real (as in wanting to penetrate america to bomb it), is not US (as in government) connected, and the Saudi's did 9-11 because they financed Al-Qaeda. This is not our reading of the situation, so why would she say this, and why would she be supported in saying it?

I do not know the answer, but i will lay out what i know of her (if there is any interest, i can supply the citations later). She is at the nexus of a number of important 9/11 strands so there may well be a lot more to her story; it is unfortunate that we do not have much info on her.

On the morning of 9/11, Singh had two things on her mind: she was scheduled for a risk assessment meeting at the WTC and she was on call as an Emergency Medical Technician (EMT). She was running late and was worried about being late for the meeting.

When she fot news of the attacks she called her company (i assume JP Morgan) to say there was an emergency and then went to join the rescue as an EMT. Her particular pre-assignment (the reason she was on call) was for triage. (Triage is were victums are evaluated and sorted by immediacy of treatment.) There is a photo of her during the rescue altho I have not seen it.

In early december, she gives an interview with UPI decrying the deterioration of her health, before the attacks "she was a mountain climber and a pilot and in the top physical condition of her life but since then she has a cough, onset asthma, chest pain and headaches that won't quit". Apparently she had left her windows open and the dust had got in. By summer of 2004, she is accusing the government of lying about contamination, about the toxicity of the dust, and is a regular at community meetings. She believes the original 9/11 dust is still in her apartment and hired (in 2004) an environmental scientist to prove it.

During interviews, Singh would identify herself as a "risk architect", a position that does not exist (as best i can tell). I think she was a consultant with/for JP Morgan on "risk assesment": financial risk management can be defined as practices by which a firm optimizes the manner in which it takes financial risk. It got tricky in the late 90's because companies were combining financial risk management, insurance purchasing, and contingency planning into a single business unit, that is, merging finance and insurance. A number of financial scandals arising out of this combination were looming, Enron was just the tip of the iceberg.

Singh says she consulted with many companies and government agencies including DoD and DARPA, but is rather vague about what she actually did.

The only thing i infer is that she had a relatively high security clearance.

I should note that she says she is a lifetime New Yorker, she does not speak with a foreign accent, but I can find nothing about her prior to 2001.

She began interacting with Ptech in the spring of 2002. She writes to FrontPage magazine (a rabid anti-muslim, rabib pro-zionist, rabib pro-likud site) in jan 2003 that "My thanks to Stephen Schwartz whose book had not been published when I was trying to put the Ptech pieces together between May and August 2002". Schwartz was big on Operation GreenQuest, Saudi's and Wahhabbi's. She says "Ptech, the facts, the exposures, the rationale, the patterns and story those facts tell are explained only by the existence of something like Mr. Schwartz describes".

We now know that no terrorists have been successfully tried (in america) for money laundering, not a single one.

My gut feeling is Indira Singh bought into the muslim terrorist thing at the beginning, but is confused, and some people may be taking advantage of that. She recently said "I hold real data implicating the Bush Administration in the events of 9/11. For me to do something with it, I have to leave, if only to be able to breathe". She combines 9/11 conspiracy with her health and well being.
Posted by Alex Constantine at 12:34 PM