How to Identify Misinformation

How can a journalist or a news consumer tell if a story is true or false? There are no exact rules, but the following clues can help indicate if a story or allegation is true.

Does the story fit the pattern of a conspiracy theory?

Does the story fit the pattern of an “urban legend?”

Does the story contain a shocking revelation about a highly controversial issue? 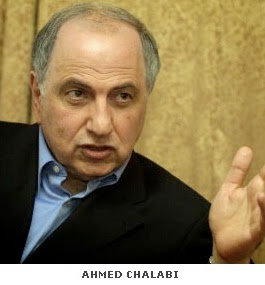 Is the source trustworthy?

What does further research tell you? 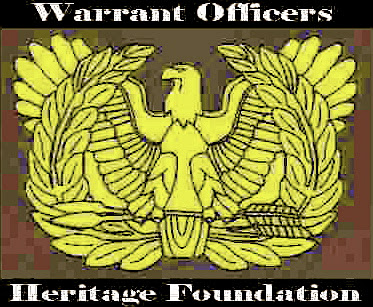 Does the story fit the pattern of a conspiracy theory?

Does the story claim that vast, powerful, evil forces are secretly manipulating events? If so, this fits the profile of a conspiracy theory. Conspiracy theories are rarely true, even though they have great appeal and are often widely believed. In reality, events usually have much less exciting explanations. 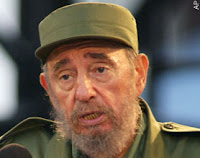 The U.S. military or intelligence community is a favorite villain in many conspiracy theories. 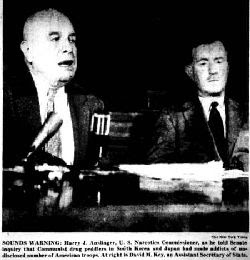 For example, the Soviet disinformation apparatus regularly blamed the U.S. military or intelligence community for a variety of natural disasters as well as political events. In March 1992, then-Russian foreign intelligence chief Yevgeni Primakov admitted that the disinformation service of the Soviet KGB intelligence service had concocted the false story that the AIDS virus had been created in a US military laboratory as a biological weapon. When AIDS was first discovered, no one knew how this horrifying new disease had arisen, although scientists have now used DNA analysis to determine that “all HIV-1 strains known to infect man” are closely related to a simian immunodeficiency virus found in a western equatorial African chimpanzee, Pan troglodytes troglodytes. But the Soviets used widespread suspicions about the U.S. military to blame it for AIDS. (More details on this.) 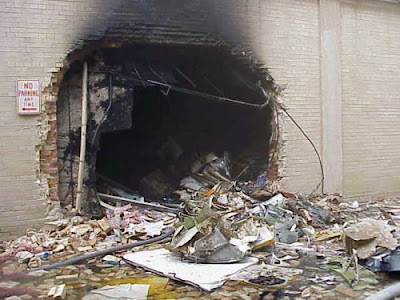 In his book 9/11: The Big Lie, French author Thierry Meyssan falsely claimed that no plane hit the Pentagon on September 11, 2001. Instead, he claimed that the building had been struck by a cruise missile fired by elements within the U.S. government. No such vast conspiracy existed and many eyewitness accounts and evidence gathered on the scene confirmed that the hijacked airliner had struck the building. But, nevertheless, the book was a best-seller in France and has been translated into 19 languages, demonstrating the power that even the most groundless conspiracy theories can have. (More details on 9/11: The Big Lie.)

Does the story fit the pattern of an “urban legend?” 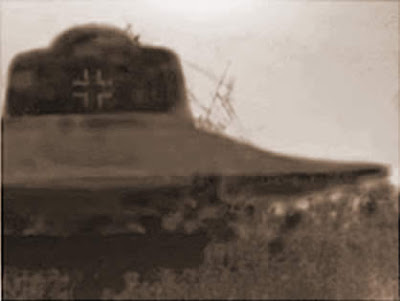 Is the story startlingly good, bad, amazing, horrifying, or otherwise seemingly “too good” or “too terrible” to be true? If so, it may be an “urban legend.” Urban legends, which often circulate by word of mouth, e-mail, or the Internet, are false claims that are widely believed because they put a common fear, hope, suspicion, or other powerful emotion into story form.

For example, after the September 11 attacks, a story arose that someone had survived the World Trade Center collapse by “surfing” a piece of building debris from the 82nd floor to the ground. Of course, no one could survive such a fall, but many initially believed this story, out of desperate hope that some people trapped in the towers miraculously survived their collapse. (More details on this.)

Another September 11 urban legend is that an undamaged Bible was found in the midst of the crash site at the Pentagon. In reality, it was a dictionary. But, if a Bible had survived unscathed, that would have seemed much more significant, and been seen by many as a sign of divine intervention. 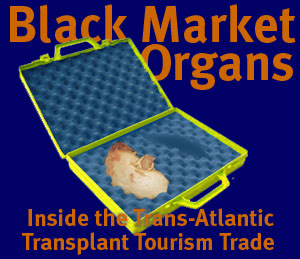 Since 1987, the false story that Americans or others are kidnapping or adopting children in order to use them in organ transplants has been widely believed. There is absolutely no evidence that any such event has ever occurred, but such allegations have won the most prestigious journalism prizes in France in 1995 and Spain in 1996. (More details on this.)

This urban legend is based on fears about both organ transplantation and international adoptions, both of which were relatively new practices in the 1980s. As advances in medical science made organ transplantation more widespread, unfounded fears began to spread that people would be murdered for their organs. At the same time, there were also unfounded fears about the fate of infants adopted by foreigners and taken far from their home countries. The so-called “baby parts” rumor combined both these fears in story form, which gave it great credibility even though there was absolutely no evidence for the allegation.

In late 2004, a reporter for Saudi Arabia’s Al Watan newspaper repeated a version of the organ trafficking urban legend, falsely claiming that U.S. forces in Iraq were harvesting organs from dead or wounded Iraqis for sale in the United States. This shows how the details of urban legends can change, to fit different circumstances. (More details in English and Arabic.)

AIDS, organ transplantation, international adoption, and the September 11 attacks are all new, frightening or, in some ways, discomforting topics. Such highly controversial issues are natural candidates for the rise of false rumors, unwarranted fears and suspicions. Another example of a highly controversial issue is depleted uranium, a relatively new armor-piercing substance that was used by the U.S. military for the first time during the 1991 Gulf War. 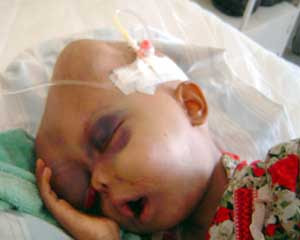 There are many exaggerated fears about depleted uranium because people associate it with weapons-grade uranium or fuel-grade uranium, which are much more dangerous substances. When most people hear the word uranium, a number of strongly held associations spring to mind, including the atomic bomb, Hiroshima, nuclear reactors, radiation illness, cancer, and birth defects.

Depleted uranium is what is left over when natural uranium is enriched to make weapons-grade or fuel-grade uranium. In the process, the uranium loses, or is depleted, of almost half its radioactivity, which is how depleted uranium gets its name. But facts like this are less important in peoples’ minds than the deeply ingrained associations they have with the world “uranium.” For this reason, most people believe that depleted uranium is much more dangerous than it actually is. (More details on depleted uranium in English and Arabic.)

Another highly controversial issue is that of forbidden weapons, such as chemical or biological weapons. The United States is regularly, and falsely, accused of using these weapons. 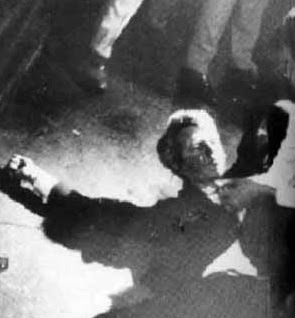 Certain websites, publications, and individuals are known for spreading false stories, including:

Aljazeera.com, a deceptive, look-alike website that has sought to fool people into thinking it is run by the Qatari satellite television station Al Jazeera

Jihad Unspun, a website run by a Canadian woman who converted to Islam after the September 11 attacks when she became convinced that Osama bin Laden was right

Islam Memo (Mafkarat-al-Islam), which spreads a great deal of
disinformation about Iraq.

(More details on Islam Memo and Jihad Unspun in English and Arabic.)

There are many conspiracy theory websites, which contain a great deal of unreliable information. 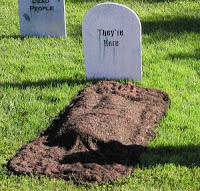 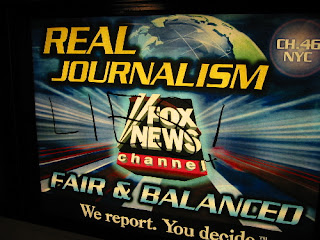 This can be especially difficult to identify if the false allegations are published by front groups. Front groups purport to be independent, non-partisan organizations but actually controlled by political parties or groups. Some examples of front groups are:

The International Action Center, which is a front group for a splinter communist party called the Workers World Party

The Free Arab Voice, a website that serves as a front for Arab communist Muhammad Abu Nasr and his colleagues.

(More details on Muhammad Abu Nasr in English or Arabic.)

The only way to determine whether an allegation is true or false is to research it as thoroughly as possible. Of course, this may not always be possible given publication deadlines and time pressures, but there is no substitute for thorough research, going back to the original sources. Using the Internet, many allegations can be fairly thoroughly researched in a matter of hours.

For example, in July 2005, the counter-misinformation team researched the allegation that U.S. soldiers in Iraq had killed innocent Iraqi boys playing football and then “planted” rocket-propelled grenades (RPGs) next to them, to make it appear that they were insurgents.

Using a variety of search terms in “Google,” a researcher was able to find the article and photographs upon which the allegations were based. Because weapons did not appear in the initial photographs, but did appear in later photographs, some observers believed this was evidence that the weapons had been planted and that the boys who had been killed were not armed insurgents.

The researcher was also able to find weblog entries (numbered 100 and 333, on June 26 and July 15, 2005) from the commanding officer of the platoon that was involved in the incident and another member of his platoon.

The weblog entries made it clear that: the teenaged Iraqi boys were armed insurgents; after the firefight between U.S. troops and the insurgents was over, the dead, wounded and captured insurgents were initially photographed separated from their weapons because the first priority was to make sure that it was impossible for any of the surviving insurgents to fire them again; following medical treatment for the wounded insurgents, they were photographed with the captured weapons displayed, in line with Iraqi government requirements; the insurgents were hiding in a dense palm grove, where visibility was limited to 20 meters, not a likely place for a football game, and they were seen carrying the RPGs on their shoulders.

Thus, an hour or two of research on the Internet was sufficient to establish that the suspicions of the bloggers that the weapons had been planted on innocent Iraqi boys playing football were unfounded. 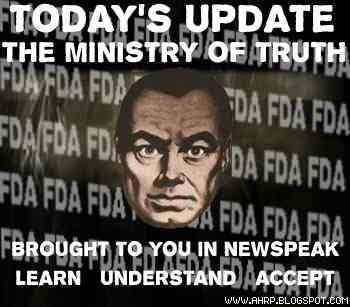 Finally, if the counter-misinformation team can be of help, ask us. We can’t respond to all requests for information, but if a request is reasonable and we have the time, we will do our best to provide accurate, authoritative information.

"Every war when it comes, or before it comes, is represented not as a war but as an act of self-defense against a homicidal maniac." - George Orwell
Posted by Alex Constantine at 12:40 PM