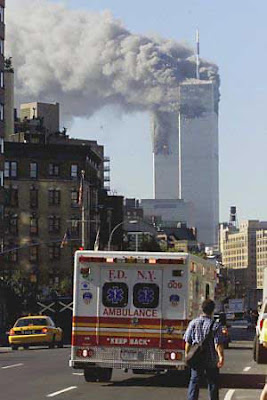 " ... As analyzed and published by Pilots For 9/11 Truth, the Flight Data Recorder information provided by the National Transportation Safety Board claimed to be from AA77 and UA93 does not support the government story or observed events. ... "

by Rob Balsamo, Pilots For 9/11 Truth

It almost goes without saying that when a major aviation accident occurs, just the fact that "Black Box" data has been released to the public makes mainstream news, not to mention content and analysis. Recently, the Flight Data Recorder information claimed to be from American 77 (AA77, Pentagon) and United 93 (UA93, Shanksville, PA) has been released to the public via the Freedom Of Information Act (FOIA). Mainstream Media (and some alternative media) has not reported even the release of this information for such a high profile event. Why? It is interesting to note, CNN has reported an animation made by an independent researcher regarding the events at the Pentagon. The animation supports the government story of an aircraft impact with the pentagon. However, it is not based on any flight data. Why does CNN/Mainstream Media cover an animation based on zero flight data, but does not cover even the release of government provided flight data or the animation constructed and released by The National Transportation Safety Board? Perhaps someone doesn't want to raise curiosity of the content?

As analyzed and published by Pilots For 9/11 Truth, the Flight Data Recorder information provided by the National Transportation Safety Board claimed to be from AA77 and UA93 does not support the government story or observed events. It is clear why the Corporate owned Mainstream Media (and perhaps some alternative media) do not want to cover even the release of the "Black Box" information, as this will no doubt raise curiosity of what the data contains. It appears Media outlets would prefer to cover third party animations, constructed without any flight data, as long as it supports the government story. It is clear media outlets do not want to even mention the release of flight data provided by the government as they would be forced to cover the content and more professionals/experts would be aware to analyze the data finding it does not support the government story and/or observed events.

A recent article published by Aidan Monaghan regarding the mysterious absence of "Black Box" serial numbers for the 9/11 Flights -- where the recorders were reportedly recovered -- reveals unprecedented events in reporting. Aidan sources many situations where "Black Box" serial numbers are reported among past high profile, major aviation accidents, including those under the jurisdiction of the FBI, setting precedent. US Government agencies have refused (apparently giving unlawful excuse) to provide serial/part numbers via the Freedom Of Information Act (FOIA) in order to establish positive identification of the aircraft reportedly involved on September 11, 2001. Think CNN, Fox or any other Mainstream Media outlet will cover such such blatant disregard for exposing the truth?

Reportedly, the BBC is gearing up for a sequel to their last hit piece covering questions regarding 9/11. Let's hope they contact some experts this time, and the experts they do contact and use, they give fair time. Please see our article, "History Channel Consulted "Experts?" in our articles section.

There comes a time when silence is considered complicity...

Pilots For 9/11 Truth is an organization of aviation professionals from around the globe. The organization has analyzed Flight Data provided by the National Transportation Safety Board (NTSB). The data does not support the government story. The NTSB/FBI refuse to comment.

http://pilotsfor911truth.org/core.html for full member list.
Posted by Alex Constantine at 11:15 AM