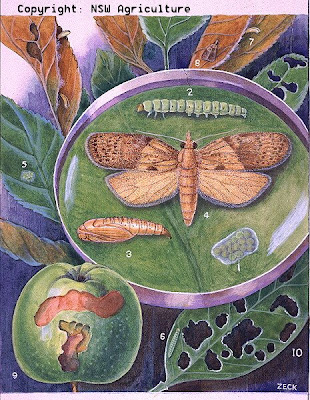 ... Another topic worthy of debate is the question of whether the spray program is working.

But while the tinkering and debating proceeds, the thought occurs that much of the opposition has been misdirected and that public attention really should be focused on Washington, D.C., rather than Sacramento.

With the growing group of activists devoting considerable attention to scrutinizing the spray materials for any signs of toxins, relatively little attention has gone into determining exactly how the U.S. Department of Agriculture came to issue a quarantine order in May restricting shipments of plant materials from areas hosting the moth, or what justified the federal decision to initiate an emergency eradication program.

For the most part, the controversy has featured activists squaring off against state officials in what seems to be a circular safety argument. Officials are so convinced the product is safe that they did little to convince anyone else of that. As the spray effort spreads to the San Francisco Bay Area later this year, look for public protests to grow larger and the debate to get louder. But don't look for anyone on either side to be convinced of anything.

No matter how safe the spray is, there needs to be more official research — and, eventually, some real answers — on whether the moth is really capable of causing significant crop damage or if it is a threat only because its mere existence can lead to trade restrictions for reasons that may be as political as they are scientific.

Too little of the energy being expended by spray opponents or state legislators has gone into unraveling the complexities of the North American Free Trade Agreement and other international trade agreements. Would it come as a surprise if we were to learn eventually that the apple moth was declared a pest mainly as a strategic move on the chess board of global trade, not because it eats many apple trees or grape vines?

Rep. Sam Farr is putting the right questions to the USDA and has been told that the undersecretary for marketing and regulatory programs will "revisit" the decision to label the moth a dangerous pest.

State officials, agribusiness, environmentalists and the rest of California's congressional delegation should join the Carmel Democrat in pushing Washington for clear and meaningful answers, and for the evidence to support those answers.