PR: The Dark History of Spin and its Threat to Genuine News 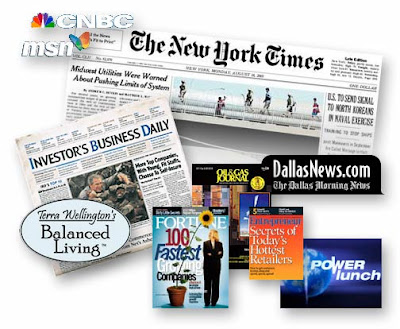 As the public-relations industry increasingly tries to dominate the media, it is not only contaminating journalism but is itself reverting to its lowly propaganda origins, say David Miller and William Dinan

Dean's Yard is a stone's throw from the Houses of Parliament, and it was here in August 1919 that the public-relations industry was born in Britain. Its avowed aim was to ensure that universal suffrage – introduced the previous year – would not result in genuine democratic politics.

One of those present at the first meeting had spelled this out back in 1911, when he had sponsored the creation of "business leagues" to defend big business. "If our league succeeds," he wrote, "politics would be done for. That is my object."

Dudley Docker, the author of those words, was a Midlands industrialist and founding president of the Federation of British Industries in 1916 (forerunner of today's CBI). Also present was Rear-Admiral Reginald "Blinker" Hall, a former Director of Naval Intelligence and recently elected MP. Hall was responsible for leaking the infamous "Black Diaries" of the Irish Nationalist hero Roger Casement, thus ensuring his death by hanging. The organisation they formed in 1919 was unblushingly called National Propaganda.

If you haven't heard of National Propaganda, that may be because its story features in virtually no history books - perhaps a testament to the power of propaganda to manage and manipulate how we see the world. Corporate propaganda did not come to Britain as an export from the US, but arose here at the same time and for the same reasons - as a defence by the powerful of their interests. Today it is called public relations, a term invented by early spin doctors when propaganda got a bad name.

PR today attempts to control the political agenda by attempting to dominate the whole information environment so that alternatives to the market seem nonsensical or minority pursuits. The most important way in which it operates is by direct influence on the political élite as opposed to influence on public opinion.

The aim is to ensure that almost everything that the political class hears will come from apparently independent institutes, think tanks, scientists, journalists or civil society. In reality, many of these sources are put in place by the PR industry. The aim is to undermine or marginalise independent journalism, control decision-making, and lastly, mystify and misinform the public. In doing so, PR is bringing about the death of genuine news.

The PR industry has even taken over sections of the media. An early example was the 1995 joint venture between ITN and Burson-Marsteller, one of the most controversial PR firms in the world. Corporate Television Networks, which still exists, was, for a while, based at ITN headquarters, with full access to ITN archives, and made films for Shell and other companies.

PR firms have been busy developing such channels. One venture, pioneered by Brunswick, the secretive PR firm whose former CEO Stephen Carter recently became Gordon Brown's chief spin adviser, provides what it calls "London's premier business presentation centre". Based in Lincoln's Inn Fields in London, adjoining Brunswick's own offices, the Lincoln Centre, provides a webcasting service for companies such as the private finance initiative firm Atkins and drinks giant Diageo, which are able to make their own uncritical video content that can be published online.

The PR industry is quite open and enthusiastic about the reasons for webcasting. "It avoids the embarrassing howlers that a press conference can create," says one spinner. Citing the 1990s example of "fat cat" Cedric Brown of British Gas being "torn into by journalists" when trapped in a lift, Keren Haynes of Shout! Communications notes that had Brown "been at the other end of a webcast, such a situation would never have happened". This kind of total message control has emerged alongside the provision to news outlets of broadcast-quality clips, made uncritically and sometimes used by broadcasters without attribution.

Blurring the lines between spin and journalism even further is Editorial Intelligence, launched by Julia Hobsbawm in 2006. "PR has nothing to hide," wrote Hobsbawm in 2001. Famous for what she terms "Integrity PR", Hobsbawm claimed that "with the exception of the mutually beneficial 'off the record' quote, PR is transparent". In reality, PR and lobbying are anything but. They often depend heavily on subterranean activity.

Editorial Intelligence came in for some criticism in the mainstream press. Alluding to its strapline - "Where PR meets journalism" - Christina Odone wrote in The Guardian: "PR meets journalism in Caribbean freebies, shameless back-scratching and undeclared interests. A link to a PR firm should spell professional suicide for a journalist, rather than a place on a highfalutin advisory board."

In the US, the integration of journalism and PR is further advanced, and a recent trend has been labelled "journo-lobbying". Tech Central Station, a Washington-based project pioneered by the journalist James Glassman, is a cross between a website and a magazine that acts like a lobbying company. The DCI Group, a prominent Washington lobbying firm, not only publishes the site, it shares most of the same owners, staff and offices.

As Nicholas Confessore notes in Washington Monthly: "The new game is to dominate the entire intellectual environment in which officials make policy decisions, which means funding everything from think tanks to phoney grassroots pressure groups."

The wider project of the PR industry is to do away with independent journalism while maintaining the appearance of independent media. The only solution, in our view, is to separate journalism from PR and ensure that lobbying firms must disclose their clients and how much they are paid for their work.

Professor David Miller and Dr William Dinan lecture at the University of Strathclyde. They run www.spinwatch.org, and recently published A Century of Spin (Pluto Press)