Los Angeles, CA (CNS) - A Catholic organization has started an online petition to fire comedian Bill Maher from his HBO show for making controversial comments against the Pope and the Church. 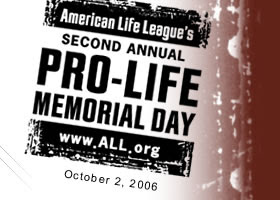 American Life League calls for Catholics to cancel their HBO channel subscription until the cable channel fires the late night talk show host. They say that if the comedian had said the controversial comments about the Jews, Muslims or African Americans, he would have been fired immediately.

The petition is located online at firebillmaher.com, and thus far, already has 17,000 signatures.

Maher, 52, had made the religion and its leader the subject of his jokes on his HBO political commentary show "Real Time with Bill Maher" on April 11. He had said that the incumbent Pope Benedict XVI was a Nazi in his childhood and that the Catholic Church is like a polygamist compound in Texas as both are engaged in pedophilia.

The comedian then apologized on April 18 for calling the Pope a Nazi, but he insisted that if the Pope were a CEO of an international chain of child day care centers, he would be arrested if there were charges of child molestation.

The website also details Maher's past comments against the religion.