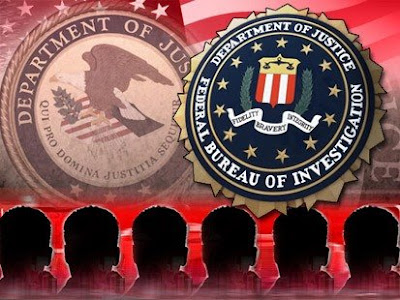 From: Welcome to the Machine – Science, Surveillance, and the Culture of Control, by Derrick Jensen and George Draffan/submitted by Martin Koe):

I had lunch with someone who spent time in prison for committing an act of sabotage against a major corporation. Her environmental group had been infiltrated by one FBI undercover agent and one informant. These federal “assets” had worked for a couple of years to gain the trust of those in the group. The informant even began fucking one of the environmentalists (all things considered, it would be inappropriate to say he started a relationship with her, or that he made love with her, or even that he had sex with her: in fact, you could make the argument that using the word fuck is generous, since sex under false pretenses is rape). Eventually the two feds suggested a target for sabotage, supplied the materials, and did everything but commit the sabotage themselves. Oh, or get arrested and sent to prison.

I knew all that before lunch. But I learned something new.

The woman I had lunch with said, “You know how the feds get most of their informants, right?”

I was pretty sure I did, but I wanted to hear her say it.

Sticks and carrots, I thought. Carrots and sticks.

She asked, “Do you know what crime they were using to blackmail this informant?”

“Oh, he was an abuser, all right, but that isn’t what they got him for.”
“I never heard of anything else.”

I shook my head.

“They set a child molester free to try to catch environmentalists?”
“Not catch,” she said. “Set up. Those are their priorities, And I’ll tell you something else. Many of us in the group they infiltrated had young children. You do the math.”
Posted by Alex Constantine at 10:50 AM

The Book of Moongrim said...

That's the FBI for you.

Who shall watch the watchers?