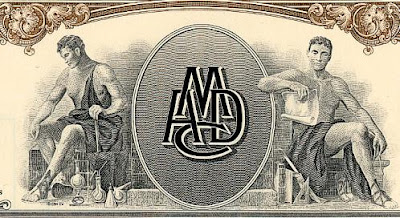 WASHINGTON, DC - Agricultural corporations Cargill and Archer Daniels Midland have started an aggressive lobbying effort to drop a provision from the Farm Bill which would establish a voluntary certification program related to imports made using forced labor and child labor.

Section 3104 of the Farm Bill, called Voluntary Certification of Child Labor Status of Agricultural Imports, would provide a method which producers of agricultural products could use to certify that their products are free of child labor and forced labor. The Department of Labor, under the Trafficking Victims Protection Reauthorization Act of 2005, is compiling a list of imported goods believed to be produced using forced labor or child labor – conditions which violate international standards.

Seventy percent of the world’s child labor is concentrated in the agricultural sector, where vulnerable children toil in blazing heat, exposed to dangerous farm machinery and deadly pesticides. Working children are also deprived of an adequate education. Provision 3104 would provide a step forward in working to eliminate the worst forms of child labor and forced labor around the world, in conformance with existing U.S. and international law.

Bama Athreya, Executive Director of the International Labor Rights Forum, said, “It is shocking that Cargill and ADM are trying to defend slave labor. The provision in the Farm Bill these companies are fighting is meant to help businesses in ensuring that their products comply with international labor standards. We have to wonder if Cargill and ADM know they are using slave labor and are trying to avoid having to do anything about it.”

“Section 3104 of the Farm Bill is a simple piece of legislation to do one thing and one thing alone –help finally bring slavery and illegal child labor to an end – a change in the global economy that I think we can all agree is long overdue” said Adrienne Fitch-Frankel, Economic Justice Campaigner for Global Exchange. “By fighting against a provision that would help end child slavery, ADM and Cargill are revealing their true colors, a lesson their investors and customers who care about these issues should take note of. We can only hope that members of the Senate Agriculture Committee will be mindful of what their constituents will think if they vote in favor of perpetuating child slavery in agriculture.”

“It’s no surprise that ADM and Cargill are lobbying against safeguards which would ensure that child and forced labor are not used in agricultural production,” said Leila Salazar-Lopez, director of Rainforest Action Network’s Rainforest Agribusiness Campaign. “Despite having signed the Brazilian Pact Against Slave Labor, these companies have yet to prove that slave labor is not used in their supply chain, which is appalling in this day and age. ADM and Cargill’s lobbying efforts are in violation of their own corporate codes of conduct and are proof that these companies have no intention of being transparent about their labor practices.”

Phil Lane, International Director of Stop the Traffik said, “Section 3104 of the Farm Bill is a provision that will take us closer to ending child trafficking, slavery and other forms of forced labor. It is very worrying that Cargill and ADM should wish to prevent a measure that will so obviously improve human rights around the world. We ask members of the Senate Agriculture Committee to put human rights beyond the reach of such unscrupulous lobbying.”

The provision is currently being debated by the House and Senate Agricultural Committees. A decision on this provision is expected soon.