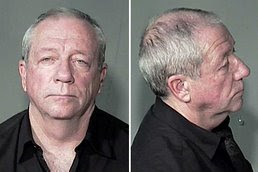 Also see: Why the LA Weekly is a Propaganda Vehicle for Controlling the Left

"Earlier this evening, I published a post by Terresa Monroe-Hamilton of Noisy Room fame about an incident involving Michael Lacey, executive editor of Village Voice, and his recent use of the “N” word during a Society of Professional Journalists awards banquet in Phoenix. In researching the incident further, I learned that none of the “big boys” in the mainstream news media — ABC, CBS, CNN, NBC, Los Angeles Times or New York Times — have seen fit to cover the racist comment committed by the leader of the well-known alternative weekly. For that matter, not even the Fox News Channel covered it."

http://technorati.com/posts/OvfM1sOhkUzftS1XcR2m0uZSYMZyztstKkXH9BsbMV8%3D
Posted by Alex Constantine at 12:24 AM