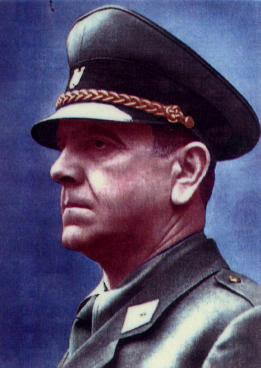 AN acclaimed Melbourne restaurant has sparked multi-ethnic outrage for paying homage to a fascist warlord and mass murderer.

Pavelic, who historians say was responsible for the deaths of up to 500,000 Jews, Serbs, Muslims and gypsies, has been described as the Heinrich Himmler of the Croatian nation.

The popular restaurant during the week displayed a big portrait of Pavelic on its wall and T-shirts depicting Pavelic for sale at the bar.

The T-shirts also showed two commanders of the Ustashe's notorious Black Legion, which murdered thousands of civilians and Cardinal Alojzije Stepinac, who was jailed for collaborating with the Ustashe. 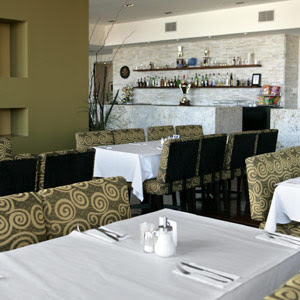 Drinkers at the bar were also toasting "The Poglavnik" - the name fascists use for their Fuhrer - and on Thursday the restaurant commemorated Hitler's establishment of the puppet state of Croatia on April 10, 1941.

On Tuesday the restaurant was reviewed in a Melbourne newspaper's food section, with its "large, airy downstairs dining room perfect for large, extended family groups".

Dr Bob Miller, a Balkans expert at the Australian National University, has hit out at the club's feting of Pavelic.

"It's disgusting. This would be the equivalent to the German community honouring Himmler," he said.

"Even the Nazis found the Ustashe regime's actions so brutal as to be counter-productive."

Serbians in Victoria have also expressed their distress.

"How can they do this?" George Marinkovic, publisher of the Serb Voice, said.

"Can someone explain this? We are in one beautiful country and you are going back and promoting fascists from the Hitler era. I cannot understand it."

Dr Colin Rubinstein, executive director of the Australia/Israel & Jewish Affairs Council, said: "While it is entirely understandable that Croatian Australians would want to celebrate the self-determination of modern democratic Croatia, to celebrate a fascist World War II Nazi puppet state and its war criminal leader is totally contrary to the norms of multicultural Australia and should be condemned by Australians committed to a tolerant, diverse and democratic society."

Club president Tony Juric acknowledged the restaurant honoured Pavelic, but said the leader had nothing to do with the Nazis.

"What the Nazis did was a disgrace and we had nothing to do with that," he said. "I have never received one letter of complaint from a Jewish or a Serb organisation."