Officials of Wilmington are invited to comment - particularly former police chief Robert Wadman, who has been threatening to sue me for libel. That's some police department he ran, according to this book. - AC 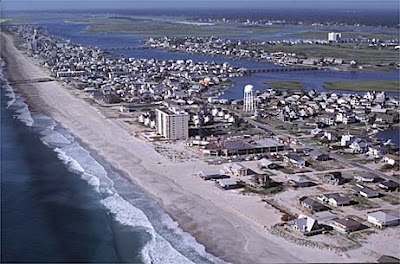 'You Be The Judge'

It has all the elements of a classic potboiler, oozing with sex, corruption and conspiracy in high places. A new no-holds-barred book written by former city Councilwoman Katherine Bell Moore is in the works and sets its sights squarely on personalities in her home town.

Sex And My City: Wilmington, North Carolina takes on the Wilmington Police Department, New Hanover County Sheriff's Office and former city officials. Moore recently indicated on a Web site promoting the book that it would be available for purchase this week. In a brief telephone interview Tuesday, Moore confirmed she is the author but declined to say when the book would be published or answer other questions.

Moore pulls no punches in describing the contents.

"Sex And My City will astound you as it reveals the dark and clandestine face of political corruption, anarchistic law enforcement and pedophilia in a beautiful, traditional and historic southern city," Moore wrote.

Moore, in her 60s, was first elected to the council in 1991 and was re-elected three times. She also served as mayor pro tem. Moore was defeated in a re-election bid in October and moved to Florida soon afterward.

Wilmington, Moore wrote, "is the personification of gracious living, southern hospitality and charm," yet is also "the home to a police department drowning in allegations of brutality, sexual misconduct and cover-ups. It is the home to a department that has had six chiefs in eight years, some of whom were ineffective because they were mired in the three B's: babes, booze and boys."

Wilmington "has also become a haven for pedophiles," wrote Moore, who makes reference to public officials she claims have been accused of related crimes.

Police Chief Ralph Evangelous "appears to be a man of character" and is not one of those targeted in the book, which is highly critical of local law enforcement. Evangelous recently read the outline on Moore's Web site.

"I'm dumbfounded. I'm reading this and saying, 'Is this the same place I live in?'" said Evangelous, who came to Wilmington two years ago, after many of Moore's well-publicized difficulties with the police.

"I had a working relationship with her. I had no problem with her," Evangelous said. "It's an interesting overview."

Moore filed a civil lawsuit in 2003 seeking $15 million in damages from the city and individual police officers for violating her state and federal civil rights after a November 2002 traffic stop by Wilmington officers. Moore was pulled over on suspicion of driving while impaired after leaving Henry's Restaurant off Shipyard Boulevard. She was arrested, handcuffed and taken to the New Hanover County Sheriff's Office, but the charge was later dropped.

One chapter in her book - You Be The Judge - is about her arrest and subsequent experience with the legal system.

Moore claims the sheriff's office "is also the home of deputies who engage in sex with inmates and provide them with their drug of choice." Sheriff Sid Causey and Chief Deputy Tom Parker recently declined to comment on the book.

Moore also takes aim at former Wilmington police Chief Robert Wadman, who she wrote "reigned supreme in the department for five years amid rumors of threats, intimidation and sexual exploitation … ."

Wadman, who was chief in the 1990s and is now a criminal justice professor at Weber State University in Utah, did not return a message left Tuesday on his work telephone.

Moore is also the author of Under Oath: Memoirs Of An Honest Politician, self-published in 1999 and written under the name Lee Bell. The "nonfiction novel" details allegations of fraud, incompetence and perversion in the government of a midsize North Carolina city called Riverton. The book also describes a 10-year campaign of harassment and surveillance against the unnamed female narrator who sits on Riverton's city council.

"I have received death threats and death attempts," Moore wrote on her Web site.

Former Wilmington Mayor Don Betz said he didn't know anything about Moore's new book. He served with Moore in city government in the 1990s.

"She was an outstanding person in the community at that time as well as a successful business person," Betz said Tuesday. "She's got an outstanding resume, but there are some incidents that can just be explosive."

Current Mayor Bill Saffo said there has been talk around town about the new book, but he was not familiar with the subject matter. Saffo said he read Moore's first book.

"I think it was an interesting book, and if she comes out with another book, I'd probably read that one also," Saffo said. "Some of the comments that I've heard are the people are looking forward to it."

I'm a Wilmingtonian I absolutely believe there is serious corruption, police misconduct , false imprisonment, OH YES!!! Cover up is putting it lightly! Money makes the WPD's world go round! That old saying it's not what you know it's who you know is so very evident. I've witnessed WPD officer's file false allegations,police reports reading the farther-est thing from the truth.Putting woman and children in harms way by their abuser. I've witnessed Wilmington's finest steal form a victim.Protect and Serve? Who? I know no one that feels protected and served in Wilmington.The misconduct goes from on officer ,Cadet all the way to the Chiefs office. No Ones doing anything about it. We should all live in fear. I DO! I'm frightened writing this and I have proof!