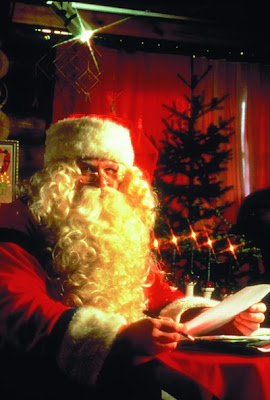 Kay Gillespie of the Weber State Criminal Justice Department started the night off with a short slide show presentation on some of the places he has visited in searching for the history of notorious criminals such as Jack the Ripper. After the slide presentation, the visitors were loaded on a bus headed for the 12th street Weber County Correctional Facility.

"This program is to show people that not all CSI wear Gucci suits like you see on TV," Gillespie said. ... 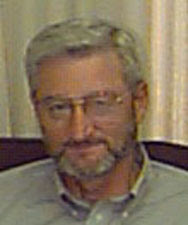 Kay Gillespie, Weber State University criminal justice professor, has been an anti-Claus activist for 37 years. Gillespie delivers an annual lecture on campus discussing how emphasizing Santa Claus has corrupted Christmas.  ... "Christmas is the celebration of the birth of Christ," Gillespie said.  ... "People in their cultures should be able to celebrate their holiday without altering it," Gillespie said.  ... However, Gillespie sees more harm than good coming from perpetuating the myth.   "The fact that people remember the time when they found out there wasn't a Santa suggests that it was a traumatic event," said Gillespie.

Gillespie is concerned that the Santa myth damages the trust between parent and child.   "Parents lie to their children, then later tell them that what they said about Santa really isn't true," Gillespie said.  ... Gillespie said he sees further social implications from this little white Christmas lie.   "It affects children later on," Gillespie said.

Dressed in his finest Christmas attire, L. Kay Gillespie gave his annual "Anti-Claus" lecture in the Shepherd Union Building on Wednesday, Dec. 1. Gillespie opposes the tradition of Santa Claus because it is not based on truth.

To children, Christmas is a time of Santa Claus, reindeer and Christmas trees. Anticipation and excitement fill the air as Christmas Day approaches. Many Weber State University students can relate to growing up with the same feelings, but according to L. Kay Gillespie, chairman of the criminal justice department, these common symbols of Christmas are pagan.

"There never was, never has been, never existed anywhere a Santa Claus," Gillespie said. "Even though he arrives before Thanksgiving in all the various methods, he does not exist and never did. It is a myth and a lie to believe and teach about Santa Claus."

"Anti-Claus" is the name of the program Gillespie puts on every year. His presentation is intended to be humorous, and often his audience is laughing uncontrollably. But at times, he will cut through the humor, and students will find a serious message about the Christmas holiday.

"Everybody loves Santa and there seems to be no room for Christ," Gillespie said.

The message is just that: Santa Claus takes away from the real meaning of Christmas.

During part of Gillespie's presentation, he explained why there is no Santa Claus. Using mathematics and science to prove his point, he mentioned that Santa's reindeer are female because male reindeer lose their antlers in November while female reindeer keep their antlers until the spring. He said for Santa to reach the 2 billion children in this world, he would have to travel 650 miles per second, 3,000 times the speed of sound, and at that speed, the reindeer and sled would disintegrate in 4.5 seconds.

"If Santa ever did exist, he's dead now," Gillespie said.

Gillespie's presentation also focused on the differences between Christ and Santa Claus: Christ's color is white representing purity; Santa's is red for sin.

Not all Christmas celebrations and gift giving is done by people who believe in Christ. Christmas has become a national holiday, but Gillespie also has strong feelings about Christmas and who celebrates it.

"It's a Christian celebration; if you're not Christian, don't celebrate it," Gillespie said. "For those of you who aren't Christian, celebrate something else."

Gillespie also suggested an alternative for those who still want to celebrate Santa Claus.

"If you want to do Saint Nicholas, do it on the 5th of December, which is Saint Nicholas' Day, and do the gifts and the presents," Gillespie said. "On Christmas time, do what the Europeans do, and that is worship the birth of Christ on Christmas and go to church and do religious things."

The students who attended the presentation had mixed feelings at the end, but most of them felt like Gillespie had some good points.

"I never believed in Santa," said Leanna House, WSU student. "But I think Dr. Gillespie does a good job arguing against the commercialization of Christmas. I do agree with him. I mean, stores had Christmas stuff out at the beginning of November, and it's too much."

To other students, the message will change the way they go about Christmas and Santa Claus.

"I agree with him," said WSU student James Swift. "You should teach your children the truth. It should come from you, but I still am going to do the whole Santa Claus thing and give presents."

Other students just thought it was a fun presentation to attend, and that Santa is here to stay.

"I think he gave a good speech and he's got a lot of good points," said Zachary Martineau, WSU pre-dental student. "But I still think that Santa Claus wins out on the whole deal."

To some, Gillespie seems too strongly opinionated, but students in the criminal justice program love to have him as a professor. They say he is very funny and good at what he does.

"I am not anti-Christmas; I love Christmas," Gillespie said. "I am just anti-Santa Claus."

You can leave a message for reporter Lance Hancock by calling 626-7621.
http://media.www.wsusignpost.com/media/storage/paper985/news/2004/12/08/Features/Professor.Delivers.Annual.AntiClaus.Lecture-2109502.shtml
Posted by Alex Constantine at 4:49 PM