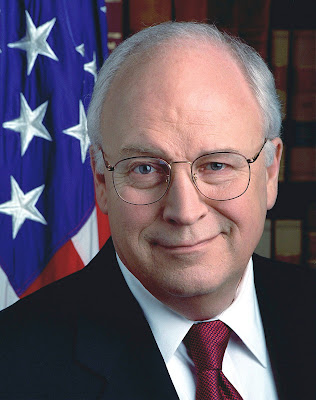 Senior Bush administration officials, including Vice President Dick Cheney and Secretary of State Condoleezza Rice, participated in White House meetings to discuss and approve specific methods of torture of detainees in the custody of US security forces, according to media reports.

These reports are a further confirmation that those at the highest levels of the US government bear direct responsibility for war crimes committed over the past several years under the cover of Washington’s "global war on terror."

Citing unnamed sources, ABC News reported on Wednesday that the National Security Council’s Principals Committee met in 2002 and 2003 to review the interrogation of several alleged Al Qaeda members held by the CIA.

According to ABC, the discussions began after the capture of Abu Zubaydah in the spring of 2002. Earlier this year, the Bush administration officially acknowledged that the CIA had used waterboarding on Zubaydah, Khalid Sheikh Mohammed, and Abd al-Rahim al-Nashiri.

In December 2007, the administration also acknowledged that the CIA had destroyed videotapes depicting the interrogation of Zubaydah and al-Nashiri. It is quite possible that the Principals Committee or President Bush viewed these tapes in the course of supervising and approving the torture of these prisoners.

In any case, the officials were involved in planning torture down to the intricate details, indicating an almost sadistic interest. According to an AP article published Friday, "At times, CIA officers would demonstrate some of the tactics, or at least detail how they worked, to make sure the small group of 'principals’ fully understood what the al-Qaida detainees would undergo."

ABC News reported that the CIA asked repeatedly for approval of specific interrogation plans. "Sources said that at each discussion, all the Principals present approved."

Several measures taken by administration officials make it apparent that they were acutely aware that what they were approving violated international and domestic law. All of those participating could be subject to war crimes prosecution, in the US or in other countries.

The AP reports, "The officials also took care to insulate President Bush" from the meetings. That is, there was an attempt to give the president plausible deniability in the event that the discussions were made public.

Nonetheless, Bush defended the meetings and the torture decisions in an interview with ABC News Friday. "Well, we started to connect the dots, in order to protect the American people," he told ABC News White House correspondent Martha Raddatz. "And, yes, I’m aware our national security team met on this issue. And I approved."

The meetings coincided with the drafting of at least two memoranda designed to give a legal fig leaf for torture, one dated August 2002 and another March 2003. The memos argued for unconstrained power of the president to authorize torture and commit other illegal acts, citing the "war on terror" as justification.

A former senior US intelligence official familiar with the meetings told the AP, "If you looked at the timing of the meetings and the memos you’d see a correlation." Those attending the meetings wanted "a legal opinion on the legality of these tactics" before proceeding. That is, the Bush administration decided it wanted to use torture, and commissioned the drafting of a pseudo-legal justification for this decision, one designed to protect both the administration officials and the CIA agents who carried out the torture.

In 2004, the Justice Department formally withdrew the memoranda on torture, but the administration never repudiated the legal arguments contained in them. Indeed, a future memo on interrogation upheld the content of the previous memos.

The hands-on involvement of the White House in organizing torture also made some of the principals nervous, including Ashcroft. According to an official cited by ABC News, Ashcroft asked at one meeting, "Why are we talking about this in the White House? History will not judge this kindly." ABC said that Ashcroft supported the general interrogation program by the CIA, but thought it unseemly for the White House to micromanage the techniques employed.

There is no doubt that the use of torture has continued to this day. ABC reported that after the CIA captured another suspect in the summer of 2004, the agency went back to the administration for approval of the torture techniques. "Then-National Security Advisor Rice, sources said, was decisive. Despite growing policy concerns—shared by Powell—that the program was harming the image of the United States abroad, sources say she did not back down, telling the CIA, 'This is your baby. Go do it!’"

These revelations are further confirmation that the crimes at Abu Ghraib and other instances of torture were not the actions of rogue individuals, but were planned and ordered by the White House.

Speaking to the WSWS, Francis Boyle, a professor of international law and human rights at the University of Illinois, said, "Clearly this was criminal activity at the time they committed it. At the very least, it violated the Geneva Conventions, the Convention Against Torture, the War Crimes Act, and the federal anti-torture statutes. Clearly these would be impeachable offenses."

Boyle, who has campaigned for the impeachment and prosecution of administration officials, said that with the recent revelations, Rice should be added to the list of top officials guilty of war crimes.

Asked why there have been no moves for impeachment, Boyle noted, "The Democrats have been complicit in pretty much everything the administration has done since September 11. They have continued to fund the wars in Iraq and Afghanistan since they assumed control of Congress in January 2007. It doesn’t surprise me that they don’t oppose torture."

The fact that the leading figures of the United States government were involved in detailed discussions of torture methods is an indictment not only of the Bush administration, but of the entire political system in the US. From the beginning, the Democrats have given the White House a green light to carry out such policies without constraint.

Top Congressional Democrats, including the current Speaker of the House Nancy Pelosi, were briefed as early as 2002 on the CIA’s program and were given a presentation on the methods the agency was using. Others were aware of the existence and destruction of the videotapes depicting torture.

There can be no doubt that the Democratic Party leadership was fully aware that the CIA has been using torture techniques and that the administration approved it. Nothing has been done to halt these practices, however, or to inform the American people of the actions of the government. In 2006, Democrats helped pass the Military Commissions Act, which amended the War Crimes Act so as to provide greater cover for administration officials.

The question of torture has not been made an issue in the current presidential elections. Neither of the Democratic Party candidates, Senators Hillary Clinton and Barack Obama, has made statements on the recent revelations or the release last week of one of the memos justifying torture.

Far from being opposed within the political establishment, torture goes unpunished, the media presents the use of torture as a legitimate policy choice, and lawyers who argue for torture get leading positions at major universities. Such is the decay of democracy in the United States.

"DURHAM, N.C. -- The man who started the controversial CIA program that snatches terrorism suspects from one country and flies them to another for interrogation referred to it Friday as 'the single most effective counterterrorism program in American history.' ... "

It should have a lesser role, though, and would be unnecessary if the U.S. were not improperly trying to force democracy on other countries, said Michael Scheuer, who worked for the CIA for 22 years, nearly all of them in covert operations.

Scheuer was speaking at a Duke University conference on how the next presidential administration might handle some of the more difficult aspects of fighting terrorism.

When the practice of "extraordinary rendition" became public, it triggered outrage and protests around the world.

Often overlooked, Scheuer said, is that the practice began not with President Bush but with President Clinton. Claims by Clinton administration officials that prisoners were sent only to countries that agreed to treat them according to U.S. laws weren't true, he said.

It's hard to imagine a country that would agree to such restrictions, he said.

http://www.star-telegram.com/national_news/story/578079.html
Posted by Alex Constantine at 10:02 AM