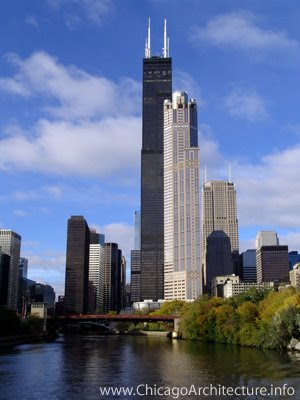 MIAMI (AP) — A judge ordered jurors to keep deliberating Tuesday after they announced a second time they were deadlocked in the retrial of six men accused of scheming to blow up Chicago's Sears Tower and bomb FBI offices.

U.S. District Judge Joan Lenard refused a defense request for mistrial, instead urging them to reach verdicts if at all possible.

"If you fail to reach a verdict, this case will be left open and may have to be retried again," Lenard told jurors in a set of instructions known as an Allen charge.

The ethnically diverse panel of seven men and five women has been deliberating for 12 days following a two-month trial. They first sent out a note indicating a stalemate Friday, but Lenard wouldn't let them quit.

A hung jury also resulted in a mistrial in December for alleged ringleader Narseal Batiste and five other members of the so-called "Liberty City Seven." One of the original group was acquitted.

Batiste attorney Ana M. Jhones said it will be futile to force this second jury to continue deliberating when it clearly is at a stalemate. Several jurors appeared visibly frustrated and angry when Lenard told them Tuesday to keep at it.

"These people have done everything they can to reach a verdict and have been unable to do so," Jhones said.

The U.S. Justice Department and U.S. Attorney's Office in Miami have not announced whether the case would be tried a third time. The men have been in custody since their June 2006 arrests, which were touted by the Bush administration and FBI as the disruption of a developing homegrown terrorism cell.

Batiste, 34, and the others are accused of seeking al-Qaida's assistance to stage terrorism attacks against the 110-story Sears Tower and FBI offices. They each face up to 70 years in prison if convicted of four terrorism-related conspiracy counts.

No explosives or bomb-making materials were found at a building known as "The Embassy" where the men met in Miami's impoverished Liberty City neighborhood. The group was an offshoot of a sect called the Moorish Science Temple, which blends elements of several religions and does not recognize U.S. government authority.

The case is built upon thousands of hours of FBI recordings of the men and two informants, one of whom posed as an emissary from al-Qaida. The group was videotaped taking an oath of loyalty to al-Qaida in March 2006.

Defense attorneys have accused the FBI of orchestrating the events in its eagerness to make a high-profile terrorism case. And Batiste testified that he only faked interest in terrorism in hopes of getting $50,000 from the informant for his struggling construction business and for community outreach efforts.

http://ap.google.com/article/ALeqM5idfDmrtarDonhbdqZdXQwhTtFYRwD902E3504
Posted by Alex Constantine at 11:00 AM