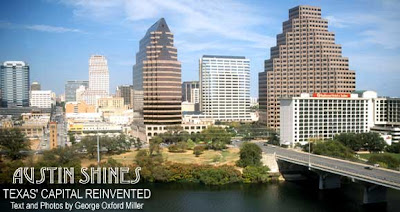 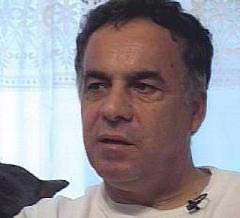 A friend, brother, comrade has either committed suicide or was murdered
Eileen Fleming

WAWA Blog: I have known and worked with Riad Hamad, founder of the Palestine Children's Welfare Fund for over three years. It was reported to me he committed suicide two days ago.

Riad was found bound with duct tape on his mouth.

On the morning of Wednesday, Feb. 27, 2008, Riad, an award-winning schoolteacher in Texas and a Lebanese Muslim was in his bathroom getting ready for work when the doorbell rang at his modest apartment in Austin, Texas.

About 18 FBI and IRS agents bearing guns and a search warrant from Judge Robert Pittman, [ well known for his hostility to Palestinians and Arabs and with whom Riad has had previous experience with] searched every nook and cranny of his apartment.

They left with more than forty boxes of papers, files, computers, CDs and an ounce and a half of catnip.

No charges were filed at the time against Riad and he was not arrested, but the investigators claim they had probable cause to investigate wire fraud, bank fraud and money laundering.

PCWF thus joins the Middle East Children's Alliance, Kinder USA and Holy Land Foundation - all dedicated to helping Palestinian children as a major part of their work - as objects of investigations that have damaged the functioning of their mission. NOT one of these these organizations have been found guilty of any wrongdoing.

But some people with Kinder USA were pressured into minor pleas in order to avoid costly court proceedings.

It is not a coincidence that Riad and PCWF have been targeted as PCWF has been associated with all these organizations.

The Palestine Children's Welfare Fund is an enterprise that was established by a group of individuals whose goals are to improve the living standards of the children of Palestine in the refugee camps inside Palestine. The group aims to provide the children of the refugee camps with better educational opportunities, health facilities and a bright future without violence, hatred and discrimination. The organization has branches and volunteers in more than ten countries and is not connected with any militant or political association of any kind. PCWF works throughout Europe, Canada and the United States and operates its financial and social work from Palestine to ensure that our work is based in the place where it is needed the most to reach the children of Palestine.

The group works in close coordination with the Union of Health Workers Committees in Gaza, an organization that operates Alawda hospital in Gaza, the largest hospital in Gaza, and several other clinics throughout the occupied territories of Palestine. We also work with various civic and social societies, the Union of Health Workers Committees in Gaza and other Palestinian cities to locate and provide sponsors for needy children in the refugee camps of the West Bank and Gaza. The goal is to provide the children with their basic needs such as food, clothing, educational tools and health care regardless of religious affiliation.

Riad had been expecting this for 37 years but refused to be intimidated, and insisted upon exercising his full right to defend Palestinian rights - and his own - in America.

100% of the proceeds from PCWF have benefited thousands of Palestinians with jobs, food, medicine, books, hospital equipment and other humanitarian needs.

Please DO NOT respond to this email as it is for your information only..besides the government harassment, the hateful environment from some students at school because I am an Arab and a Muslim...and their racist comments, I have been getting phone calls around midnight by some one saying "where is your camel.." and last...a car was vandalized about two years ago....last night around 1 30 in the morning..someone rang the bell and ran away....and you could hear all the dogs in the neighborhood barking when the person who rang the bell ran away...A real loving environment towards Arabs and Muslims....and it makes wonder..what have I done wrong?

SHUKRAN for your work and support
Salamat
Riad Hamad

Riad Elsolh Hamad
http://www.pcwf.org , http://www.marhabafrompalestine.com, Palestine Children's Welfare Fund. 201 W. Stassney # 201, Austin, Texas 78745 Support the children of Palestine by buying Palestinian arts and crafts. Sustain the Palestinian economy and provide jobs for the men, women and farmers in Palestine to live with pride and dignity TILL WE RETURN.

I received an email on April 16 that Riad had committed suicide the day before.

Call or write your Congressional Representatives and tell them to find out why PCWF and other organizations that benefit Palestinian children are being targeted.

Those who would give up Essential Liberty to purchase a little Temporary Safety, deserve neither Liberty nor Safety - Benjamin Franklin
•••••••
UPDATE

AUSTIN, Texas (KXAN) -- Police on Thursday identified a man who was found bound with duct tape in Lady Bird Lake in East Austin.

Hamad was a computer teacher at Small Middle School and had been planning a trip to Palestine to teach children there.

Witnesses who found Hamad said the man had duct tape on his face, and his hands were tied.

Police have called the death suspicious. Investigators on Thursday said family and other sources have told them that Hamad was suicidal. Read the news release from APD.

"Right now, the indications are that this was not, there was not foul play involved," said police Sgt. Joseph Chacon. "The bindings, although I can't go into them extensively, I can tell you that it is possible that he could have done this to himself."

Hamad's death was announced to students Thursday. Student Sara Fulton said Hamad was a good teacher and a nice man. She said she was devastated when she found out that he was dead.

"People think that Muslims are like violent, but they're not," Fulton said.

Ana Fulton, the student's mother, used to volunteer at the middle school, where she worked with Hamad. She said he was a peaceful activist and a nice man.

"He stood up for what he believed in," Ana Fulton said. "For him, to have sticker on his car, saying expressing himself about the freedom of Palestine and the peaceful activism he was doing, I admire him for that."

Hamad was reported missing when he did not return home from a trip to the pharmacy Monday, according to a statement by his family.

Family said Hamad had spent 10 years with the Austin Independent School District. He was a University of Texas graduate and had been pursuing a graduate degree. Hamad was also a peace activist.

Hamad is survived by his longtime partner and their two children.

Grief counselors were on standby at the middle school Thursday.

Police said they are unsure whether a man found in Lady Bird Lake in East Austin Wednesday was murdered.

Police confirmed the body was found in the water between Festival Beach and Martin Park. That area is near the intersections of Comal Street and Nash Hernandez Road.

Parkgoers who saw the body said the death did not look accidental. They said the man's face was wrapped with duct tape, and his arms appeared to be tied in front of his body.

Brittany Mooney noticed the body floating in the lake while walking her dog at Festival Beach about 2:15 p.m. Wednesday.

"We just kept walking back and forth, and it started getting closer to the shore, and so we went over there and saw that it was a body," Mooney said. "And he's got tape wrapped around his whole, like duct tape, around his whole face."

"We went, and then we were like, 'Is that a body?' and then I saw it, and I was like, 'Oh, man, it is a body!'" Zuniga said. "We could see the back and the hair. His arms kind of folded like this and the tape around his mouth."

Copado called 911 to report the incident.

Parkgoers said the victim appeared to be a white or Hispanic man in his early 50s. They added that he was wearing a pink shirt and black slacks.

The Travis County Medical Examiner's Office will conduct an autopsy.

Police Detective James Mason said whether foul play was involved will be determined when the body is identified.

April 18, 2008 © Copyright Eileen Fleming, Reporter and Editor http://www.wearewideawake.org/ Author Keep Hope Alive and Memoirs of a Nice Irish American Girl's' Life in Occupied Territory, Producer "30 Minutes With Vanunu." Permission is granted for reprint in print, email, blog, or web media if this credit is attached and the title remains unchanged. Only in Solidarity do "we have it in our power to begin the world again."-Tom Paine

"Hi, Riad." I knew it was him from the caller ID, even though the phone had never been in his own name.

"Hey, Bolos. How you doin'?" He used the Arabic translation of my name.

"I'm OK." His voice didn't have the usual energy, but perhaps he was in a place where he couldn't speak loudly. "I sent you a couple of email messages."

"Yes, I saw them." The messages were about my role in helping with his charitable work on behalf of Palestinians. There were a few things I didn't understand about the messages, so Riad cleared them up for me. "Now it makes sense," I said.

"OK. Well, that's all I wanted to tell you." Typical Riad. Always in a hurry to get off the phone.

"Oh yeah? What is it?" He sounded surprised.

"We're finally getting donations here. A check for a thousand came in today." I had set up a nonprofit account to receive donations for Riad's work.

"Well, it doesn't matter." Still anxious to get off the phone.

"OK. Take care of yourself."

Those were apparently Riad's last words, spoken from his car near Ladybird Lake in Austin, Texas. At the time I had thought it slightly odd that Riad was repeating what he had already told me by email. I think he just wanted to hear a familiar voice. The police found the phone and car keys on the seat of the unlocked car. Typical Riad. He was thinking of the person who would find the car.

I wish I had told him that the person who sent the check had also written a letter thanking him for the gifts of handmade Palestinian crafts and other items that Riad had sent as a thankyou for a previous donation. He had also included handmade thankyou cards from his two young daughters. The older daughter, age 11 had written, "Live in peace on the world. Everybody should LOVE! I am sad because people should be nice to you, but they are not." The younger, age 8, had written, "I hope you start to live in peace."

I would have read them to him over the phone if he hadn't been so anxious to end the conversation, but I decided to send them for him to read later, and enjoy the children's drawings. The father's letter was longer and more specific in his praise for Riad's tireless efforts on behalf of Palestinians and their rights.

"I have included 2 checks for the needs of Palestinian children. It is my hope that you will use it to create hope for those oppressed. As we both see the dollar's value sink, the value of life especially in the eyes of the Creator never loses value. I extend this help to you and these children as if they were my own. We have the misfortune in living in very dark times, but in that darkness hope, love, and peace shine like the sun. To those that plant hope, they shall harvest peace."

SHUKRAN for your work and support
Salamat

Riad's legacy, the Palestine Children's Welfare Fund lives on, providing food, medicine, jobs and education to Palestinians and their children. Tax-exempt donations may be made to:

http://www.thepeoplesvoice.org/cgi-bin/blogs/voices.php/2008/04/18/a_friend_brother_comrade_has_either_comm
Posted by Alex Constantine at 10:47 AM