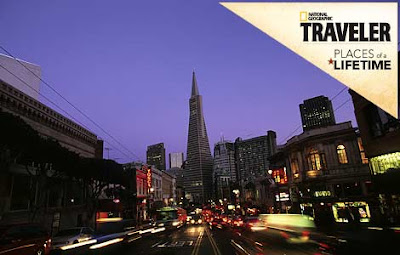 " ... De la Plaza was a social animal who loved life and had just gotten a new position at the educational software company LeapFrog. He had been making plans both for the next day and for several months down the line. ... No bloody knife was found, but the investigators said de la Plaza could have washed one in the sink after fatally wounding himself. ... "

At the time, police couldn't tell whether the 36-year-old sound engineer was killed by an intruder or somehow killed himself. Few people commit suicide by jabbing themselves repeatedly in the chest with a knife, but de la Plaza's door was locked, there were no signs of a struggle, and a security camera mounted outside his apartment in Hayes Valley saw no one but de la Plaza go through his front door.

His family and friends say police soon told them they were leaning toward concluding it was suicide. They said investigators speculated that de la Plaza, a dual French and U.S. citizen, had taken drugs that night while at a nightclub, came home and stabbed himself three times with a steak knife.

No bloody knife was found, but the investigators said de la Plaza could have washed one in the sink after fatally wounding himself.

To his friends and family, it was an absurd theory. De la Plaza was a social animal who loved life and had just gotten a new position at the educational software company LeapFrog. He had been making plans both for the next day and for several months down the line. Besides, they said, he turned away at the mere sight of blood.

Then an autopsy found no drugs in de la Plaza's blood and only a modest amount of alcohol. Tests showed no traces of blood on the knife found in the sink. Still, his acquaintances complain, police haven't officially labeled the death a homicide.

'There goes their theory'

"Everything that the police laid out before us, in terms of it being a suicide, has fallen through," said Melissa Nix, a former girlfriend who has taken the lead in pressing for police to conclude the case was a homicide.

"It's crazy. He bled all over the place, then he has a change of heart and decides to wash the steak knife?"

Authorities acknowledge that they are no closer to finding out what happened than when they broke down de la Plaza's locked door and found his body the morning of June 2. They had been waiting for the chief medical examiner's office to determine whether de la Plaza was slain before they ruled officially on whether it was a homicide, but when that report was finally issued in December, it was inconclusive.

"It is strange, and the fact that the (medical examiner) couldn't make a determination makes it even stranger," said police spokesman Sgt. Neville Gittens.

De la Plaza's friends and family have not relied on the police alone. They hired a private investigator, John Murphy, who says he has interviewed a dozen people, has reviewed the evidence and is certain de la Plaza did not kill himself.

"No way," he said. "I see no evidence of a suicide. Where is the so-called suicide weapon or murder weapon? Logically, if you stab yourself, the weapon is at your feet or in your hand."

In February, the friends complained to the city Police Commission, and last month they filed a complaint with the civilian-run watchdog agency, the Office of Citizen Complaints. They said the lead inspector on the case, Antonio Casillas, and other investigators were willfully ignoring evidence of a homicide and had conducted an inadequate probe.

"Homicide has refused to call this murder a murder," Nix, a reporter who covers education for the Sacramento Bee, said in her complaint. She accused investigators of trying to "spin" the case as a suicide and showing a "cavalier disregard for what they are charged to do: investigate murders."

Homicide investigators won't talk about de la Plaza's death, referring questions to Gittens, who noted that the case is still open and that police have reached no conclusions.

The French government also has become involved, dispatching an investigator to San Francisco to find out what happened to one of its citizens.

Police know this much: When de la Plaza was killed, he had just returned to his Linden Street apartment in Hayes Valley from a Friday night with friends at the Underground SF nightclub.

Neil Zarama, a co-worker at LeapFrog in Emeryville, said de la Plaza had gone out on a date after work that day and had met up with friends at the club about 10:30 p.m.

"He was great, he was happy," Zarama said.

At closing time, de la Plaza told Zarama that he was hoping to get together later with a woman he had met. Zarama said he later learned that the plan had fallen through.

De la Plaza was set to go on a motorcycle ride that Saturday, Zarama said.

And he was making long-term plans as well, talking of a move to Argentina in three months. Suicide seemed like the last thing on his mind, Zarama said.

"There was nothing like that in his way, at all," Zarama said. "He never said anything dark."

De la Plaza walked the three-quarters of a mile from the club on Haight Street to his home. A surveillance camera mounted on the front of the building showed him going inside alone at 2:06 a.m., said Nix, who saw the images. But there was a side entrance as well that was not covered by a camera.

De la Plaza went on his computer and used it until about 2:38 a.m., when police believe he was either stabbed or stabbed himself. Wounded, he went outside his apartment, leaving blood on the doorknob and on the landing rail, then went back inside and locked the door, according to police.

A next-door neighbor reported hearing a commotion but no screaming. The neighbor, Orion Denley, a concierge at a local hotel, said a loud thud had shaken his wall as he was dozing off.

"Then, as I was listening to noises, I heard (de la Plaza's) door open and close, then open and close again a few minutes later, and then I heard footsteps running down the stairs," Denley said.

He heard the door a third time, then more footsteps in de la Plaza's apartment and another thud, Denley said.

He didn't know what to make of it, but he didn't think enough of it to call police.

"It didn't sound like a scuffle going on at all," Denley said.

No knife, no note

Police were summoned at 8:30 a.m. Saturday after a neighbor saw blood on the stoop. Officers had to break down de la Plaza's locked door.

Once inside, they found no knife by de la Plaza's side. In fact, while they found plenty of blood, they found no bloody knife. But they saw something they thought might be a remnant of blood on a knife in the sink.

Their theory was that de la Plaza had washed the knife after stabbing himself, but tests on the blade showed no trace of blood.

There were no intruder footprints, and the pattern of blood in the apartment did not indicate there had been a struggle, police said.

The autopsy showed that de la Plaza had been stabbed three times, including once in the neck. The report found no drugs in de la Plaza's blood, only alcohol at a concentration of 0.11 percent, a bit above the legal definition for drunken drivers, 0.08 percent.

The medical examiner's report said that de la Plaza's injuries were "not inconsistent with self-inflicted stab wounds," but that it was impossible to rule out homicide.

Dr. Amy Hart, chief medical examiner, said 2 to 5 percent of suspicious deaths nationwide are never able to be classified as a homicide or suicide.

"A lot of investigation has been done" on de la Plaza's death, she said.

"There was really insufficient evidence to help us, or push us, to determine" whether it was a homicide or a suicide.

De la Plaza's friends, however, say police didn't do all they could to make that determination.

Jean-Phillipe Goudet, a French police detective who works in the United States and is based in Los Angeles, was brought in to assist San Francisco police after de la Plaza's family in France went to their government for help.
Nix said Goudet took some basic investigatory actions that police had failed to perform, such as looking at what de la Plaza was doing on his computer before someone yanked the cord at 2:38 a.m.

"If not for Goudet, Hugues' laptop would still sit untouched," Nix said in her complaint to the city. "Homicide told Goudet they could not break into it. ...

Four months after the murder, Goudet received permission from SFPD to bring two (computer) professionals - on the French government's dime - to break into the drive."

Nix said she hopes the laptop will provide clues as to whom de la Plaza had been meeting through online dating sites where he was active.

Goudet also was the first investigator to check de la Plaza's cell phone to determine whether he had sent or received calls or text messages that might help explain how he died, Nix said.

Police still have not performed DNA tests on the blood found at the apartment to determine whether any came from someone other than de la Plaza, his friends say.

Goudet would not discuss details of the investigation. He did not fault the police.

"The problem is that you have so many homicides in San Francisco," Goudet said. "We cannot ask them to treat this case specially. We just ask permission to help them."

Nix said police simply want to believe the case is not a homicide.
"There was no knife in his hand; the knife is not in the house," she said.

"What happened? The knife walked out by itself? Or was he murdered by somebody?"

Casillas, the lead inspector, and his supervisors in the homicide unit declined to talk about the investigation or Nix's complaint to the city. They referred all inquiries to Gittens, the spokesman for the department.

Gittens conceded that the case continues to be a puzzle to police.

"The case is still open," he said. "If somebody would come forward and tell us what happened, we'd be happy to listen."

Thanks for posting this article. Greta von Susterson of Fox News Channel picked this up. See it here (two parts):